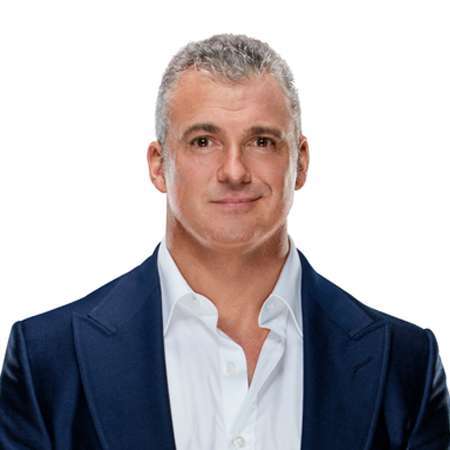 Shane Brandon McMahon is the eldest son of the WWE Chairman and CEO Vincent McMahon. He is a businessman and occasional wrestler. Shane McMahon is also the minority owner of the WWE and vice-chairman of Seven Stars Cloud Group Inc.

Shane McMahon is a current on-screen commissioner of WWE’s weekly television show SmackDown Live. He started his professional career as a referee at the WWF in 1989.

Later, he became an executive vice president of WWE global media and overseeing international TV distribution. McMahon has also appeared as a professional wrestler in a ring occasionally.

Early And Career Of Shane McMahon

Shane McMahon was born on January 15, 1970, in Gaithersburg, Maryland. He was raised in Maryland along with his parents and siblings. He is the eldest son of mother Linda McMahon and father Vince McMahon. He is an American nationality and his ethnicity is White-American. McMahon has a sister named Stephanie McMahon, who is also a wrestler and a businesswoman.

Shane McMahon's information relating his educational background is missing. Shane started his career as Shane McMahon in WWE in 1989. He was a referee during the Royal Rumble match in 1991. Later he quit a referee role and was presented in the role of a backstage official at WrestleMania VIII.

In 1998, Shane made his first appearance as a regular on-air character where he was presented as a main WWF executives negotiating with Mike Tyson. Shane moved from the commentary role on Heat in 1999 and became a key component in the Corporation angle after winning the European Championship from X-Pac. Shane took control of the Corporation after WrestleMania. Shane appeared against Blackman and after losing falling from 40 feet, and then Shane disappeared from the television, making occasional cameo appearances.

Before 2009, McMahon was featured in several event and he was also engaged in several cases including Sporadic appearances (2003), Feud with DX and Bobby Lashley (2006), Final storylines before sabbatical (2008) and many more. In 2009, McMahon made the announcement about his resignation from WWE. And after 7 years he re-appeared on the February 22, 2016 episode of Raw interrupting his sister, Stephanie McMahon.

Shane has several signature moves in wrestling Boston crab, Camel clutch, Inverted facelock neckbreaker and Multiple Kendo stick shots are his some of the moves. Being a businessman he is owner of the Indian Larry Motorcycle Shop in New York.

Shane McMahon's Net Worth And Charity

Shane McMahon’s net worth is $35 million, according to The Richest. He has amassed a huge amount of net worth from his business and professional wrestler. The elder child of WWE CEO, Vincent McMahon, Shane McMahon’s WWE salary is £1.7 million ($2.31 million). He currently serves the on-screen commissioner of WWE’s weekly television show SmackDownLive.

McMahon lives in a lavish home in Charlestown, Rohde Island. He also has few lavish cars. He holds 2% shares at WWE. He is also the vice chairman of the Seven Stars Cloud Group Inc.

McMahon has involved in several charitable works and movements.  He has raised over $37K in the funding website gofundme.com. He has donated a hefty amount to the trustees and charities for a long time.

Shane McMahon is a married man. He married his girlfriend Marissa Mazzola, who is a TV host and film producer on September 14, 1996, in a private event. He has three children with his spouse, Declan James (born 2004), Kenyon Jess (born 2006), and Rogan Henry (born 2010).

CAPTION: Shane McMahon with his wife and kids SOURCE: All Wrestling superstars

During his wrestling career, he used to appear in baseball jerseys with the front saying "Shane O Mac".  He currently lives in New York City and Maryland along with his family.

Shane is a tall guy with a height 6 feet and 2 inches of and has maintained a perfect body structure with regular exercise.