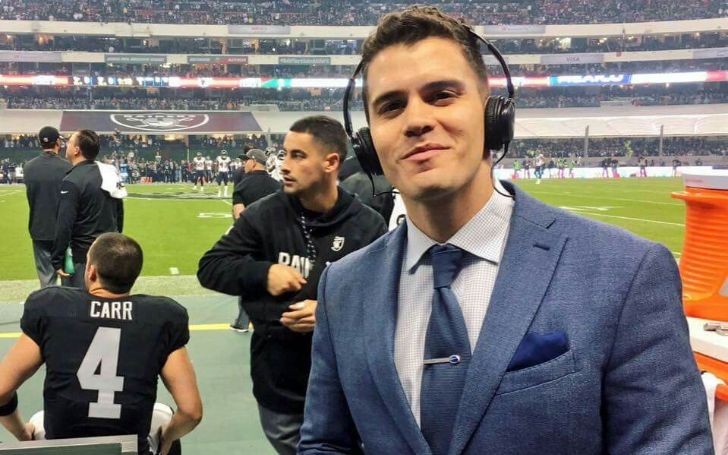 Sergio Alejandro Dipp who is famous as Sergio Dipp is a Mexican sportscaster who is currently serving for  ESPN Deportes and ESPN International. As a sportscaster, he has covered several sports events such as NFL Live, super bowls, covers Mexican National Football team games.

While talking about education, he has completed a bachelor's degree in Communications from Tecnológico de Monterrey. During his college days, he played football for Borregos Salvajes Tec de Monterrey for three seasons.

The 32 years old Sergio Dipp is currently in a dating relationship with a lady named Martha Tena. As per thier Instgarm platform picture, it seems like that they are deeply in love with each other and their chemistry is undeniable. In one of the Instagram posts of Dipp, he has shared a picture of him with his lady and captioned it,

She loves me like i do not love myself. 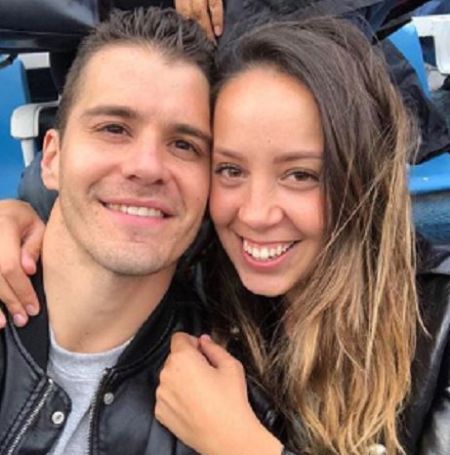 Also, the pair has shared a kid together, however, the detail on thier baby is yet to be revealed.

Back in 2017, Sergio Dipp was in a relationship with Isabela Gallego however they separated shortly after.

Sergio Dipp has an estimated net worth of $1 million which he has collected from his sportscaster career since 2009. The ESPN sportscaster is supposed to get paid $60,000 per year on average, so he also might be getting his salary in the same range.

While talking about his career, he started his career back in 2009 as a sportscaster in the sports from "La Afición" in Milenio Television. However, his career got limelight after he was hired by ESPN in 2012 to work for their Spanish counterpart, ESPN Deportes.

Sergio once trended on the social media platform, Twitter after he stumbled while updating on Bronco's coach Vance Joseph. Dipp said,

And here he is; having the time of his LIFE!

Tim Corrigan, who was Dipp's producer for the show, revealed that he had handled the situation with cla s s and that he has a bright future. At the moment, Sergio covers soccer and the occasional offseason sim for the ESPN Deportes.