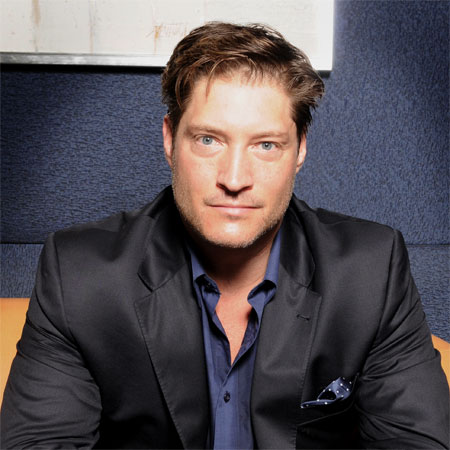 Sean Kanan is a 5o-year-old  American actor best known for his roles on shows like General Hospital,  The Bold and the Beautiful and The Young and the Restless and for the 1989 movie 'The Karate Kid Part IIl.'

Sean Kanan was born on November 2, 1966, in Cleveland, Ohio, US.He spent his childhood in New Castle, Pennsylvania with his family.

At the age of thirteen, Sean was offered a role in the 1989 movie ' The Karate Kid Part III'. He trained at a school run by Karate master Fumio Demura with Pat E. Johnson, the stunt coordinator and Tang Soo Do master.

The same year Sean Kanan also starred on the Fox television series ' The Outsiders.'  Later, he joined the ABC soap opera General Hospital as A.J. Quartermaine. He was nominated for an award by Soap Opera Digest for his work in the show. Sean left the series in 1997 due to his struggle with alcoholism.

After working on the ABC soap opera for a year, Sean joined the cast of the CBS soap opera 'The Bold and Beautiful' as Deacon Sharpe,  a character originally conceived as a short- term villain.

After his  From ' The Bold and the Beautiful,' Sean starred in several feature films and competed in the third season of Dancing with the Stars (2006). On July 10, 2009, he reprised his character ' Deacon Sharpe' on the CBS soap opera 'The Young and the Restless.'

After 15 years of hiatus, Sean returned as A.J. Quartermaine on General Hospital.  He came back as  Deacon Sharpe on ' The Bold and the Beautiful' on June 13, 2014.

Sean Kanan has two marriages to his name. He first got married in 1999 to Athena Ubach. The couple divorced in 2001.

Sean Kanan got married for the second time in 2012. His second and current wife is Michelle Vega. He has a daughter, Simone Andrea Kanan, with his former co-star Gladys Jiminez.

Sean has been in Hollywood for over 25 years now. His estimated net worth is $12 million which seems pretty deserving.