Sean Covel is an American film producer. He has produced many short movies, movies, and television animation series. He is known as the producer of movies like Carter & Jane, Concrete Blondes, Cafe, and Napolean Dynamite. He is a two-time nominee of Film Independent Spirit Awards. He also produced the animation version of Napolean Dynamite animated series.

He is one of the three kids of Tom Covel and Kris Covel. His family later moved to Edgemont, South Dakota, where he grew up with his two sisters Brianne and Brittainy.

Sean Covel debuted as a producer from the short movie American Gulag in 2002. His first full-length movie Napoleon Dynamite was released in 2004, from which he was nominated for Film Independent Spirit Awards in 2005.

In 2005, he produced a kids' movie The 12 Dogs of Christmas for the television. Jennifer Love Hewitt played a main role in his 2011 movie Cafe. A year later, his animated television series, Napolean Dynamite, was released. 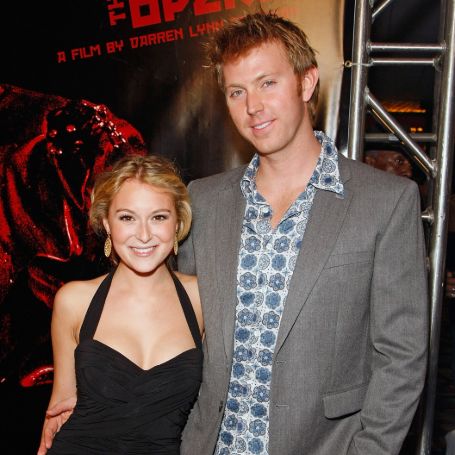 Sean Covel with his ex-wife at Las Vegas for the show SOURCE: Getty Image

His last produced movie, Tater Tot & Patton, came in 2017, in which Jessica Rothe, Bates Wilder, and Forest Weber were cast in the main role.

Covel has been active as a producer for more than a decade. He must have acc u mulated his net worth in millions. He might also earn backend profit from his films, but the exact detail is not available. His movie, Napoleon Dynamite, collected $44.54 million at the Box Office, so as a producer, Covel must have made a whopping sum of money.

Besides, Covel also earned pretty well from his television series, which also has 6.4 ratings in the IMDB. From his produced series, he is believed to have made thousands of dollars.

Sean Covel is living a single life as of now. But, he was married to actress Alexa Vega, who has worked in one of his films. Covel and Vega dated for some time before tying the knot on 10th October 2010. 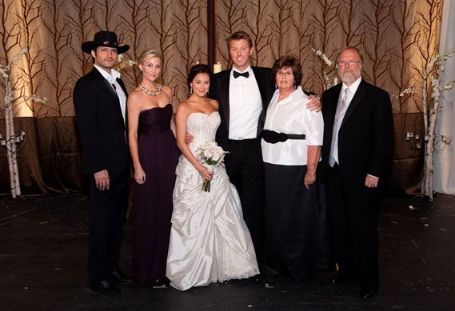 They lived a happily married life for two years, but they could go no longer as their mutual misunderstandings led them to end their marriage in divorce. Their divorce was finalized on 24th December 2012.

Sean founded a charity for the children titled 12 Days of Pizza. The foundation works with Black Hills Community Bank and Pizza Ranch to help and feed the elementary school children whose parents are financially weak.

Covel started the project with 144 meals for 12 families and gradually increased the capacity to 12,000 meals for more than 1000 low-income families.