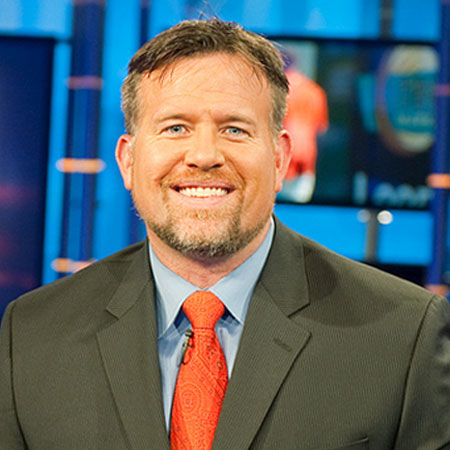 Currently, he serves as a broadcaster and commentator for the MLB Network.

Regarding his ethnicity and Nationality, Sean Casey is a white American Baseball player.

Sean was born to father Bob Casey, who is former league player and mother Tracy William Casey, who was engineering teacher at the Local University.

Sean attended Upper St. Clair High School in Pittsburgh, Pennsylvania. Later, he joined the University of Richmond and graduated from there. He was also a member of the Sigma Phi Epsilon fraternity at Richmond University.

Sean was first picked by Cleveland Indians in the second round in 1995. He was later transferred toCincinnati Reds before the 1998 season and had his best season in 1999.

On May 6, 2007, Sean was voted as ‘the friendliest player in baseball’ by fellow players in a Sports Illustrated poll. He is regarded as among the slowest player in the game, grounding into 27 double plays in the 2005 season.

The Boston Red Sox announced they sign Sean to a one-year deal, On February 5, 2008. Later, he was suspended by MLB for three games after his actions in the Coco Crisp-James Shields brawl.

On January 25, 2009, at the age of 34, Casey announced his retirement, having played 12 seasons of Major League Baseball. Reds announced that Casey would do color commentary for 15 telecasts on Fox Sports Ohio during the 2011 season, On January 14, 2011. He was also inducted into the Cincinnati Reds Hall of Fame and Museum, On June 23, 2012.

Sean Casey current relationship is married. He got married to Mandi Lanka on 6 November 1999. Mandi is a former University of Akron volleyball player. The couple dated for a year before getting married.

The couple was engaged in November 1998.They got married 11 months after their engagement. Sean and Mandi are blessed with four children. They have three sons; Jacob, Andrew and Jilian and a daughter named Carli Casey.

Sean loves watching Wrestling and supports Kevin Nash. He is the admirer of Joe Girardi. He currently resides in Hyde Park with his wife and children.

Sean Casey is a retired MLB first baseman and has the estimated net worth of $15 million. He earns the massive amount of money from baseball which gave him a luxurious lifestyle. He had a huge salary during his time in the club.