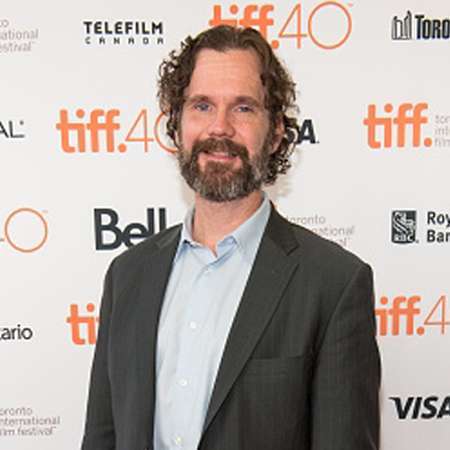 Sean Bridgers was born on March 15, 1968, and his birthplace is Chapel Hill, North Carolina, United States. Sean was born as the son of Ben Bridgers and Sue Ellen Bridgers. His father Ben was a tribal attorney for the Cherokee Indian tribe and his mother is a novelist who has already published seven published novels. Bridgers's nationality is American. And Bridgers belongs to white ethnicity.

Sean Bridgers attended St. Andrew's-Sewanee School. Later he joined Western Carolina University and completed his graduate degree. Sean At the age of 14, he was highly influenced by actor Robert Duvall in Tender Mercies which is also his acting idol.

Sean Bridgers made his acting career debut from television in 1991 from American television film Murder in New Hampshire: The Pamela Wojas Smart Story. As William Winters, he made his presence in an American western drama series Legacy.

Sean's one of the major role came in 2004, where he was featured in the lead role in an American western television series Deadwood and he was featured in the 36 episodes of the television series. And for his character of Johnny Burns he was even nominated for SAG Award for Outstanding Performance in Drama. Sean's other major works include his acting presence in Criminal Minds, Private Practice, Saving Grace, True Blood, Raising Hope and much more. Starting from 2012, Sean made his acting presence in the lead character of Trey Willis in season 1, season 2 and season 3 of an American television drama series Rectify.

Sean has also been featured in a major role in the movies; he made his appearance in the movie Paradise Falls which was also awarded in Hollywood Film Festival. In 2008 he appeared in a 2008 comedy crime film Witless Protection. His other major movie appearances are Jug Face, The Woman, The Best of Me, Dark Places and more. Sean upcoming movies list includes The Whole Truth, Free State of Jones and The Magnificent Seven.

Sean Bridgers’s birth name was Sean MacKenzie Bridgers. Sean’s current relational status is married and his sexual orientation is assumed to be straight.

Sean Bridgers is currently in a married relationship with Rachel Bridgers, they were married on 25th March 1998 and they have been together in marriage relation for about eighteen years. Talking about their children, they have a daughter Kate Bridgers and a son named Jackson Bridggers. And both of her children has already been in the acting field, her son Jackson has appeared in the roles in TV series  Deadwood  and Justified, similarly her daughter has appeared in Bridgers' 2012 short, The Birthday Present.  Sean Bridgers currently lives in North Carolina, the United States of American along with her spouse and two children.

Sean Bridgers’s net worth is around fifteen million dollars and his salary is around two hundred thousand. Sean is handsome guys with huge numbers of fans following in his social network.