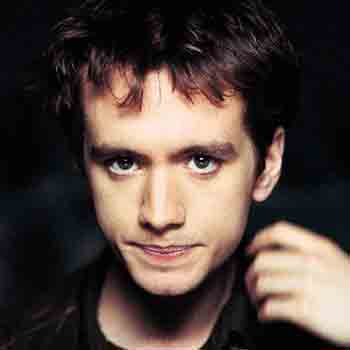 A Scottish actor Sean Biggerstaff is well known for his character in Harry Potter film series. He portrayed the role of Oliver wood in the series.

Sean was born on March 15 of 1983. He was born and raised in Glasgow, Scotland with his parents in Maryhill. He also has a younger sister named Jenny born in 2000. His father is a fireman and community education worker. He completed his schooling from Parkview Primary School in Summerston.

When he was seven, He joined local drama group called Maryhill Youth Theatre. He learned drama there for 5 years. He started acting when he was only five years of age old.

Getting his role as the son of MacDuff in Macbeth he started his professional career at 10. The drama was directed by Michael Boyd at the Tron Theatre in Glasgow.

After that, he joined Scottish Youth Theatre and spent his 6 years with them. he says that the shows there were of a commendable standard and was very little nudity.

His life changed when he was chosen for The Winter Guest. Alan Rickman one of the popular faces of Hollywood was looking for two boys for his movie and luckily he got selected. For the shooting of the movies, he spent two months on coldest place on earth, Fife. From his childhood days, he started to play guitar. Currently, he plays guitar with the Glasgow band Wrongnote.

He, later on, asked Alan Rickman to help him for work. Rickman put him in touch with Paul Lyon- Maris who is his own agent at ICM. They met at his flat in Edinburgh and talked. Paul was very impressed by Sean’s nature and talent. So he was auditioned for Harry Potter and we all know the rest.

Sean Biggerstaff's Net Worth And Salary

Sean Biggerstaff's net worth is expected to be close to $2 million at present. He has earned a good amount of salary acting in hit movies and TV series in his career.

He has also appeared in the TV series such as The Crow Road, Bright Sparks, Consenting Adults, Agatha Christie's, and Garrow's Law.

Talking about his personal life, there have been lots of rumors regarding his relationship status. But he says that he does not want to be in a relationship or have any affairs with anyone simply because he is a successful actor from a successful film.

He says that he is looking for a genuine girlfriend and is against the idea of dating for show only. He has once gone shirtless for a photo shoot. He is also sick of rumors calling him gay and has stated the thing in his interviews.

For Consenting Adults in 2007, he won a BAFTA- Scotland award for Best Actor- Television. Another short film cashback was listed for a British Academy Award where he played the lead role of Ben. More information about Biggerstaff can be found on the wiki. He is concerned about his fans so he continuously interacts with his fans.

He has a tall body with a height of 5’9 ft. He is also a musician.  Apart from that, he is also active on Twitter where his fans follow him.