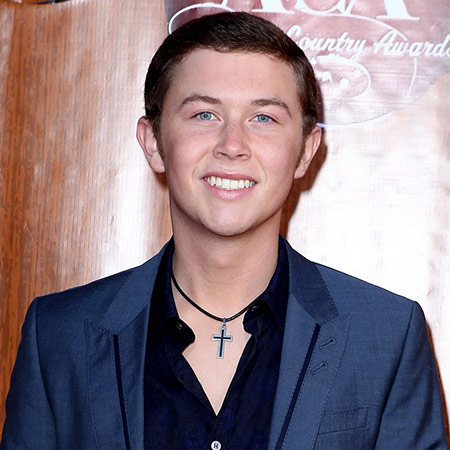 Scott Cooke McCreery, often known simply as Scotty McCreery, is an American country singer. He was born on October 9, 1993, in Garner, North Carolina and is famous as the winner of the tenth season of American Idol on May 25, 2011. He has also released his own albums. His debut studio album, Clear as Day, was certified platinum in the US.

Scott McCreery cannot speak Spanish fluently and regrets not learning the language in his childhood. His father is a manufacturing systems analyst for Schneider Electric and his mother is a real estate agent as well as the owner of a tanning salon. McCreery also had an older sister named Ashley.

He attended Timber Drive Elementary School, West Lake Middle School, and Garner Magnet High School, and is currently studying at North Carolina State University, pursuing a bachelor’s degree in communications. Around the age of five or six, his grandmother gave him a book about Elvis and Elvis became McCreery's earliest musical influence. He is also a fan of Garth Brooks, Merie Haggard, George Jones and Conway Twitty. He began learning guitar when he was around nine or ten years old.

At the age of sixteen, Scott McCreery auditioned for the tenth season of American Idol in Milwaukee. He sang "Your Man" by Josh Turner and "Put Some Drive in Your Country" by Travis Tritt for his audition. He dodged a bullet in the second week as he sang “I Hope You Dance” by Lee Ann Womack, but forgot the lyrics onstage. The judges decided to give him another chance.

After a well-received performance of Josh Turner's "Long Black Train", he was selected as one of the twenty-four contestants that would move forward to the voting rounds of the competition. He soon made Top 3 and then entered the finale with fellow country singer Lauren Alaina, and went on to become the series' youngest male winner.

Immediately after his victory, McCreery released his coronation single “I Love You This Big”. In 2011, he released his debut album titled Clear as Day. He made history as the first country act to debut at No. 1 on Billboard 200 with their first studio album, as well as the youngest man to open at the top of the chart with his debut release. The album has since been certified platinum with over 1 million units shipped.

Scott McCreery's Christmas album, Christmas with Scotty McCreery, was released on October 16, 2012. It debuted at no.4 on Billboard 200 and has been certified gold. Nine-holiday cla s sics and two new holiday songs are included on the album. His second album, See You Tonight, was released on October 15, 2013. which became McCreery's first song to reach the top ten on Billboard's Hot Country Songs chart.

Apart from music, McCreery is also a sports fan. His dad grew up in the Boston area and McCreery was raised to love Boston sports. He started blogging for Major League Baseball and is a Boston Red Sox fan. Although reluctant at first, McCreery has recently revealed details about his love life. He has a girlfriend of four years, Gabi, whom he met in Kindergarten. His success and fame have earned him a net worth of 1.2 million dollars.