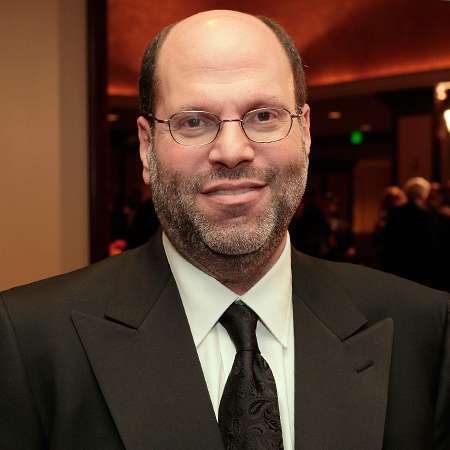 American film and theater producer, Scott Rudin is an owner of production company Scott Rudin Productions. His first film was Mrs. Soffel. Some of his famous film credits are I'm Dancing as Fast as I Can, Clueless, Shaft, Lady Bird among others.

Scott Rudin was born on July 14, 1958, in New York City. Scott was brought up in a Jewish family in Baldwin town on Long Island. He is the older among two brothers. He was never so close to his family neither was fond of his childhood. He once stated, “I have never been nurtured”.  He also said that he does not get along with his mother. Specifically talking about his childhood he said “I was a Jewish kid from Long Island who didn’t want to be a Jewish kid from Long Island. There’s no mystery to it. It’s fairly self-explanatory”.

He completed his schooling from Long Island but ran away at the age of 18 which proved to be only for good.

He started assisting theatre producer Kermit Bloomgarden at the age of 16 and then assisted other producers like Robert Whitehead and Emanuel Azenberg. He worked as a casting agent instead of taking up a scholarship from Brown University and just within years he launched his own casting company. In 1980 after he did some broadways shows like Annie, Mike Nicholas, The Wanderers etc he moved to Los Angeles.

There he worked at Edgar J. Scherick Associates where he was a producer to many films like I’m dancing as fast as I can, the Oscar-winning documentary ‘He makes me feel like dancing’ and the NBC miniseries ‘Little Gloria….. Happy at Last.’ He formed Scott Rudin Productions as well but he left it and joined20th Century-Fox as an executive producer. At the age of 29 in 1986, he became the president of the production house. But soon enough Scott left the success and revived Scott Rudin Productions to partner with paramount.

The partnership produced hit films such as Pacific Heights, Regarding Henry, The Addams Family, Little Man Tate, and Sister Act. In 1992 Scott signed with Tri-star pictures. After then he moved to theatre winning a best musical Tony Award for his production of Passion. He went on getting tony awards for productions like Copenhagen, The Goat or Who is Sylvia?, Doubt, The History Boys and Book of Mormon.

He has worked in the production of other movies like Clueless, the first Wives club and ransom with Paramount before moving to Tri-Star pictures. Other popular movies produced by Scott Rudin are The Social Network, No Country for Old Men, The girl with the dragon tattoo, The Truman Show, Captain Philips etc. His most profitable movie to date is The Firm with a worldwide gross of $ 270,248,367.

Scott Rudin said that the most he has learned were in his first mailroom internship, digging in through the letters and memos of a powerful producer. There is a Scott Rudin Productions internship available and though he is known as a very tough boss, Scott is said to be fair with the interns.

His biography can be found on various famous platforms and the success story has inspired a lot of people. Scott is known to be very hard to work with and probably the most feared boss in Hollywood. He is said to have fired two dozen assistants in over a year. Scott is an American of white ethnicity. It is public that Scott Rudin is gay. His current boyfriend is John Barlow.

A lot of pictures of him and his boyfriend John Barlow can be found on the internet. Scott Rudin is a tall man, a little heavy on his body weight and is of 55 years.

Scott Rudin's Salary And Net Worth

According to celebritynetworth.com, Scott Rudin's net worth as of 2018 is estimated to be around $100 million. Rudin earned most of the part of his net worth through his theatrical and film career.