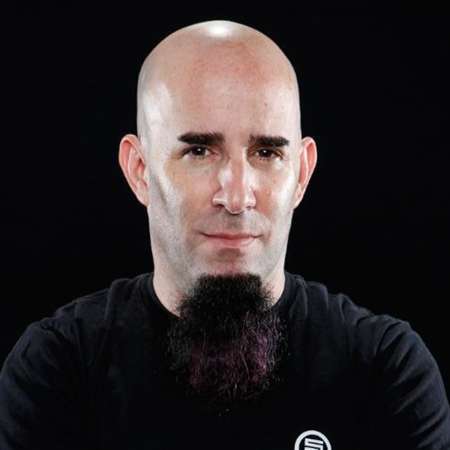 Scott was born as Scott Ian Rosenfeld on December 31, 1963 in Queens, New York City, United States. Scott comes from a Jewish family. He has a younger brother named Jason and a half-brother named Sean. Scott was always a fan of hip hop music and was interested in playing guitar from a small age. He lived with his family in Bayside section of the New York City.

He attended the Bayside High School, with cla s smates Dan Lilker and Neil Turbin who were later the band members of Antrax. He was of the graduating cla s s of 1981.He was always influenced by Black Sabbath, Iron Maiden, Motorhead. He founded the band Antrax and also helped to create thrash metal in the mid-1980s. Not only that , Ian came up with the idea to collaborate with the rap group Public Enemy in 1991.The musical style of Ian’s playing and songwriting comprising of fast alternate picking was also chiefly influenced by the German metal band Accept. He has released songs like Speak English or Die, Live at Budokan, Bigger than the Devil, Rise of the Infidels, Kill Yourself: The Movie, Speak English or Live, 20 Years of Dysfunctional. With Antrax he has made much collaboration as such as playing guitar on Apocalypse, a track on Bear McCreary's Razor/The Plan soundtrack, playing guitar on all tracks on Pearls Little Immaculate White Fox. He is known to use his signature Jackson guitars and signature Randall MTS Series heads and cabinets. Ian also uses Dimebag Darrell tribute Deans and Washburn. Ian is also an entrepreneur. Ian co-owns a hard rock bar named Dead Man's Hand in Las Vegas with Jerry Cantrell of Alice in Chains.

Ian is reluctant on speaking about his personal life in front of the public but the tabloids have been following him throughout his journey to fame. Ian was married formerly to his high school girlfriend, Majorie Ginsberg, in the 1980. However, their marriage did not last for a long time. The couple had a divorce.  Ian went on to have a relationship with singer Pearl Aday who is the daughter of famed singer Meat Loaf. The couple went on to get married .They had their first child named Revel Young Ian on June 19, 2011. Ian is living happily with his spouse and children. There have been no rumors about extra marital affairs from both the party. The family seems to be living happily together amidst the tabloid.

Ian is currently 52years old and stands at the height of 5 feet 6 inches. His genres are Thrash metal and crossover thrash. Scott’s net worth is estimated to be $6 million which shows his huge salary. He can play instruments such as Guitar, ba s s, piano, drums, percussion. Scott has had a great musical career. His bio can be found on various social media sites.