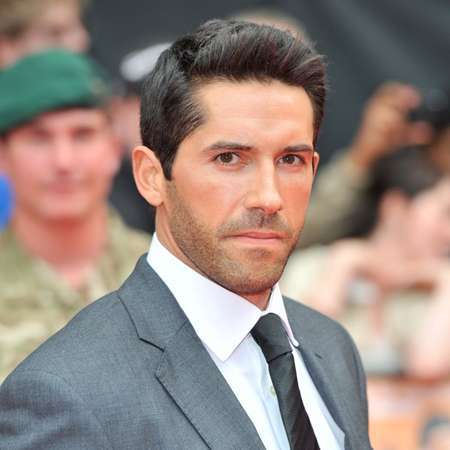 Martial artist and English actor Scoot Adkins is known best for his portrayal of roles like Yuri Boyka in the Undisputed Series. He has also landed his breakout role in several blockbuster movies like Doctor Strange and The Bourne Ultimatum. Adkins' TV roles include in Dangerfield, City Central, Doctors, The Big Breakfast, Mutant X, East Enders.

Adkins is a married man and has also one child.

Scoot Adkins was born on 17 June 1976, in Sutton Coldfield, England. He is the son of Janet Adkins and John Adkins. He was interested in the martial arts since the tender age of 10. After visiting the local Judo club with his brother, Craig Adkins, and father, his interest in martial arts grew.

Adkins started practicing the art since he was 14. At the age of 19, he has already received the black belt and he also trained in kickboxing. He was a kickboxing instructor for the Professional Karate Association. He belongs to British nationality and ethnicity wise, he is of Spanish descent.

Scoot Adkins break into acting came about when he got involved in a Hong Kong martial arts movie entitled Dei Seung Chui Kueng (2001). He then traveled into the East after being spotted by the Head of the Hong Kong Stuntmen Association. Adkins got a chance to work with great action directors of Hongkong like Corey Yuen, Sammo Hung Kam-Bo, Woo-Ping Yuen as well as Jackie Chan. This led him to achieve major acting roles and a guest role in the BBC’s Doctors was offered to him in the year 2000.

Adkins also starred in the episodes of East Enders, City Central as well as in the 2003 movie Mile High. He obtained a regular role of the BBC’s Holby City.

Adkins portrayed as Talbot in the 2003 movie Special Forces after being cast into several other Feature Films. He also starred as Yuri Boyka in the movie Undisputed II: Last Man Standing which was a 2006 movie. This movie led him to be noticed by film critics around the world and brought him out to the spotlight.

Adkins got roles in big budget movies like The Bourne Ultimatum as well as in the 2009 movie Tournament. He portrayed the role of Jean Claude Van Damme’s adversary in the movie produced by the Sony Pictures entitled The Shepherd: Border Patrol. The Legend of Hercules portrays him as King Amphitryon.

Scoot Adkins has an estimated net worth of 2 million, as per celebrity net worth. He has played a number of major roles in several successful movies. In the year 2007, he featured in an action thriller movie The Bourne Ultimatum which became the instant hit at the box office grossing over $442 million worldwide whereas its producing cost of $110 million.

In 2016, Adkins also played the role in a superhero film Doctor Strange which was turned out to be commercially successful as it grossed more $670 million at the box office worldwide on a $165 million movie. In the movie, he appeared along with Benedict Cumberbatch, Chiwetel Ejiofor, and Rachel McAdams.

Scoot Adkins has been married to his girlfriend Lisa Adkins for a long time. The couple welcomed their first child, a son named Joshua Jack Adkins on 1st June 2018. He and his wife Lisa made their red carpet appearance on April 10 showing a baby bump.

U.K. premier for Accident Man #accidentman in conjunction with @fightingspiritfilmfestival and @mockbirdcinema with my beautiful wife Lisa who is soon to give birth to our second child - life is great. Family first @filmbirmingham

After a birth of their son, Scoot posted an adorable photo with his newly born baby on his Instagram account. He has more than a million of followers on his account.

His other martial art interest includes Krav Maga, Wushu, Karate, Judo, Ninjutsu, Jujutsu, Capoeira, Jeet Kune Do as well as Gymnastics. He stands at the height of 5ft 10 inches.