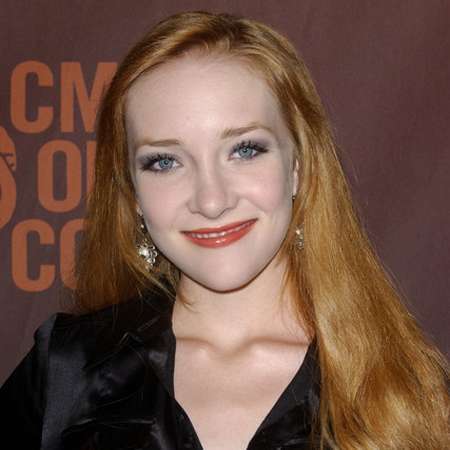 American actress, Scarlett Noel Pomers is known best for her portrayal of Naomi Wildman on Star Trek: Voyager. She has appeared in several television series and films including The Baby-Sitters Club, Seven Days, Providence, Reba, and A Ring of Endless Light. As a singer-songwriter, she released her debut EP, titled Insane in June 2010. She also appeared in two music videos of Michael Jackson and Jak Paris.

Scarlett Pomers was born on November 28, 1988, in California, U.S, under the birth sign Sagittarius. She holds an American nationality belonging to the White-American ethnicity.

Born to mother Michelle, Pomers was interested in music from a very early age and has been involved in the music field since then.

Pomers started singing and taking guitar lessons as a child and began doing small jobs at a small age. She has appeared next on several television shows and has continued her interest in the field of acting and music.

At the age of three, Pomers started acting appearing in the music video Heal the World by Michael Jackson.

Scarlett Pomers appeared in several commercials during her early career. Also, she appeared in television shows like Touched by an Angel, That's Life, and Judging Amy.

At the age of five, Pomers debuted on the silver screen in the movie The Baby-Sitters Club. She has also appeared next on Texas, Happy, and Erin Brockovich as well as on A Ring of Endless Night.

Scarlett Pomers obtained her first major role as Naomi Wildman on the TV series Star Trek: Voyager in 1993. After appearing over 17 episodes for three years, she received the Young Artist Award for her performance. After her success, she was cast as Kyra Hart in the WB series called Reba.

Pomers also appeared on the Disney Channel film A Ring of Endless Light in 2002. She was cast alongside Jared Padalecki, Ryan Merriman, Mischa Barton, and James Whitmore.

Scarlett Pomers stayed until the end of the show and has also appeared as a judge on America's Most Talented Kids. She retired from acting in 2014 to focus on music and photography and as a singer has released her EP named Insane in 2010.

Pomers currently runs her own Jewellery design online store The Mermaid's Lure. Besides, she performs at local clubs and theaters.

Scarlett Pomers, through her acting and singing credits, has earned huge popularity. She has earned a well-deserved salary from her work and managed to bag up a net worth of a whopping $2 million. She has acc u mulated this figure from her singing/acting career plus her online jewelry store.

Pomers has won five Young Artist Awards and has been nominated for four more. She founded the band SCARLETT and her debut Ep Insane was released in 2010.

Moreover, Pomers further adds money from her singing and songwriting career. She has maintained a lavish and standard life.

Personal Life: Does She Have A Boyfriend?

Scarlett Pomers is an unmarried woman. She is not dating anyone (publicly). She currently resides in California, U.S.

Pomers previously dated actor Jonathan Taylor Thomas. They met on the sets of a film and later started dating.

They reportedly dated for five years. Pomers announced her breakup with him in 2014 but she did not reveal the reason for the break-up.

It has been known that she suffered from severe anorexia and was also admitted to a health facility for the same reason. She had an eating disorder and weighed too little, for which she had to seek treatment.

1. Why did Kyra leave the Reba show?

Kyra was one of the popular characters on the show Reba and fans were quick to notice her absence during its fifth season. In late 2005, Pomers was checked into an anorexia nervosa treatment facility and was almost absent the whole season. She, however, did not leave the show and was regular during its sixth and seventh seasons.

2. Where is Scarlett Pomers now?

Since Reba we have not seen Pomers in any lead tv or film roles, however, she has had few guest appearances over the years. She is currently busy with her job as an e National Eating Disorders Association and began an organization called Arch-Angels, which raises money for people who suffer from eating disorders.

The 32-year-old actor is not married and is also not in a public relationship as of 2021. She previously dated actor Jonathan Taylor Thomas. The couple dated for five years till their break up in 2014.