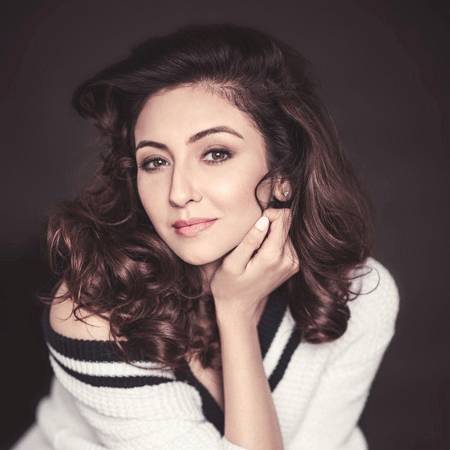 Born on 3rd November 1984, Saumya Tandon is an Indian television personality who is best known for her on-screen character in TV show Bhabhiji Ghar Par Hai as Anita Vibhuti Narayan Mishra. She has been acting in the Indian television industry since 2006.

Born as a daughter to a popular Indian writer Dr. B.G Tandon, Saumya Tandon was highly inspired by her father and started practicing her writing skills at the age of 6. Her father has written 17 books on different branches of English literature and was a professor and HOD of English at Vikram University, Ujjain.  Her parents were very supportive of her since she was young.

\They wanted her to pursue her desires. Having been blessed with such family Saumya Tandon has had her education in Ujjain attending St. Mary’s Convent. She has an MBA degree from Fore School of Management. She is also a talented poet. She has written several poems and has published in a book named “Meri Bhavnayein’ for which she was also nominated for Modi Young Writer National Award.

Having been dreaming of appearing in the television, Saumya Tandon started her career as a model. She took up her career taking modeling assignments. She was the host for the 12th edition of Comedy Circus for which she was awarded the best anchor on Indian Television in 2010. She has served in Bournvita Quiz Contest, Mallika-E-Kitchen-on-air, Comedy Ci rcus, Zor ka Jhatka: Total Wipeout, Dance India Dance Season 1,2,3 and Bhabhiji Ghar pe as a host and as an actress respectively. She also appeared in a movie “Jab We Met” as the sister of Kareena Kapoor in the character named” Roop”.

Saumya Tandon is a struggling but talented person. She is a hard working person. She has been nominated in several of the Indian Telly Awards. She gets a handsome salary pay and is believed to have a very good net worth.

Saumya Tandon is unmarried but this does not mean she is single. She is currently dating her boyfriend Saurabh Devendra Singh. He is a banker. He is serving in Barclays as Director of Asia. Other than him, there are no any affairs known of her. There has been a gossip going on in the Bollywood media that Saumya has secretly married to Saurabh in a private ceremony held in Mumbai with only her family, relatives and close friends. However, this gossip or rumor has not been addressed. Even if the news is false, they are likely to get married in near future.

Saumya is a social person. She loves to interact with her fans and, she is available on Facebook, Twitter and Instagram where a number of her fans has followed her.