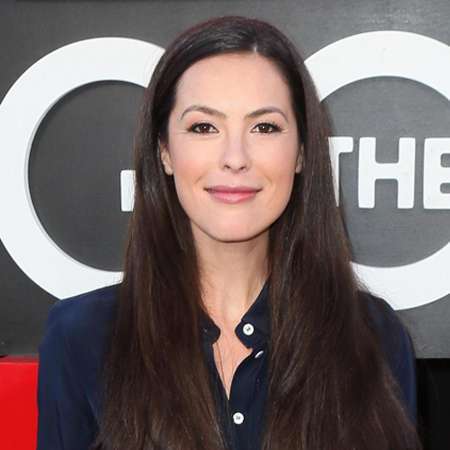 Sasha Barrese is an American actress and poker player widely recognized for her appearances in Hangover and the Hangover part II. She also earned huge appreciation for her portrayals in 2001 movie Undressed as Lindsey and 2010 movie Let Me In as Virginia.

Her mother Katherine is an American actress and is of Russian descent. Her father was of English, German, Swiss-German, Scottish, Irish, Welsh ancestry.

Sasha attended Provo Canyon School in Orem, Utah for her early education. She then joined Ojai Valley School in California followed by The Buckley School in Sherman Oaks till 1995. She graduated with a high school degree from Tabor Academy in Ma s sachusetts n 1999.

Sasha Barrese performed modeling for several companies including NEXT Agency, Elite, Guess? Jeans during her school days. She made her career debut along with her mother Katherine in the movie Homer and Eddie in 1989 and started her career in acting.

Sasha even appeared with her mother in the movie Jezebel’s Kiss both playing the role the of younger and older version of Jezebel in 1990. She was titled the name Sasha Barrese in all movies instead of her birth name Alexandra Barrese.

She then went on the portray in several movies such as American Pie, Dropping Out, Legally Blonde, The Ring in between 2000 to 2002. During the time she made her appearance in many Television series such as Undressed, Paranormal Girl, Just Shoot Me etc.

The Hangover actress, Sasha Barrese is married to Suhaib Zaino recently in August 2016. She is yet to reveal the details about her husband. However, she has been posting several tweets about her husband on her Twitter.

Sasha once revealed that she was pregnant with twins; a boy and girl. She has even posted the photos of her children on her Twitter.

Sasha loves reading books and is an art lover. She has been playing poker since her young age. She is also a fluent speaker of French. She currently resides in Los Angeles.

The Hangover film series, actress Sasha Barrese has an estimated net worth around be $4 million, which she has earned from her acting career.