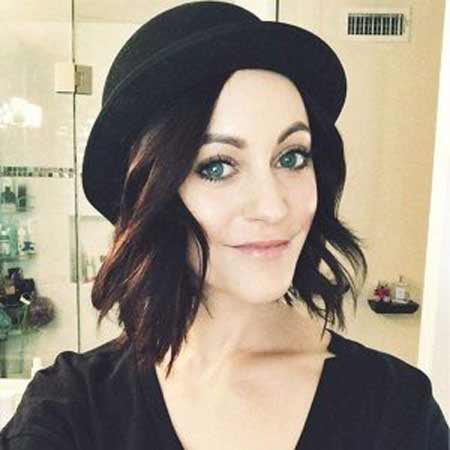 American citizen, Sarah Urie calls herself as a ''skin enthusiast''. Urie is active on social media where she shares information about hair and skincare. She also promotes her friend’s skin products from her social media. Urie is the wife of the famous Panic! at the Disco lead singer, Brendon Urie. The couple got engaged in 2011 and tied the knot in 2013 at the Saddlerock Ranch in Malibu.

Who Is Sara Urie?

Sarah Urie was born Sarah Orzechowski on 23rd February 1987 in Detroit, Michigan. Urie is Pisces which defines her personality to be selfless and emotional. Uri is American by nationality and belongs to the White ethnicity/race. She has a brother, Steve Orzechowski.

Urie does not have a definite professional life but plays a prominent role in her husband’s career. Her husband, Brendon Urie is a popular American singer well recognized as the lead vocalist of the band, Panic! at the Disco. She helped her husband to uplift his career. She became one of the major influencers in her husband’s album, Death of a Bachelor.

How Much Sarah Urie Possesses As A Net Worth?

As there is nothing regarding Sarah Urie's professions, it also becomes much hard to trace out the exact amount of her net worth. But, considering her Instagram fan following, Urie definitely makes a certain agreeable wealth from her promotional post. Likewise, as per estimation made by various online sources her total wealth as of 2020 is around $0.4 million.

On the other side, her husband Brendon Urie has an estimated net worth of $8 million, according to celebrity net worth. The artist has racked up the majority of his riches from his singing career solely.

Sarah Urie’s Personal Life: Who Is Her Husband?

On 27th April 2013, Sarah Urie married her longtime boyfriend, Brendon Urie at the Saddlerock Ranch in Malibu. In the ceremony, she wore a Vera Wang gown and her husband wore a black suit. Urie is an American singer-songwriter, best known as a lead singer of ‘Panic! At the Disco.’

She stated about the event,

‘’ It was very important for us to have this day reflect our love for one another, something beautiful, romantic, whimsical, and unique. Every detail really came together the day off and we became very emotional when we finally got to see it all at once. We were honestly speechless at how beautiful everything was – it truly felt like a real-life fairy tale.’’

The couple met for the first time on a tour but at the time, they were not together. Later, with the help of their mutual friend, they met again and started dating. The two got engaged in September 2011 and exchanged the vows two years later.

The couple is together for years but has no children yet. The couple used to live in Los Angeles, California. In February 2017, the couple moved to some undisclosed location due to excessive attention from her husband's fans. He stated,

‘’ As time progressed, so did the amount of letters. Not just letters and gifts, this soon changed into visits and constant hara s sment from fans. It got so bad that I didn't feel safe in my own home.’’

Besides, Urie is active on social media and usually posted pictures that gave people a venue to pa s s some nasty comments. Her husband stood for his wife and told the fans to stop attacking his wife. As of now, the two are sharing a loving relationship with no such divorce rumors.