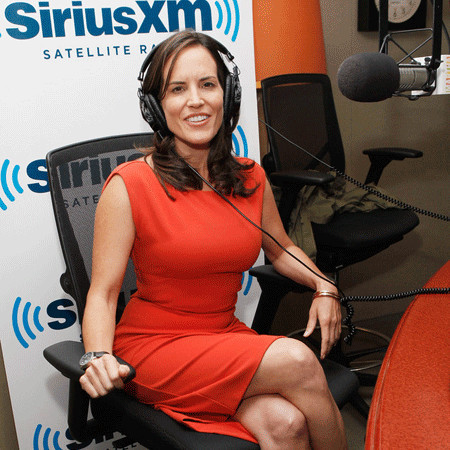 Sarah Auld Brokaw is best known for being the daughter of American TV journalist Thomas John ‘Tom’ Brokaw. Her father is a renowned anchor and the managing director of NBC Nightly news, whereas her mother Meredith Lynn Auld is a former Miss South Dakota. Sarah spent most of her childhood days along with her sisters Jennifer Jean and Andrea Brooks. Her grandparents are Anthony Orville and Eugenia Brokaw.

Sarah attended Duke University for her higher education. After graduating from Duke she went on to earn a Master’s degree in Social Work from New York University. Her high academic status led her to receive a License in Clinical Social Work in both New York and California. Sarah went on to pursue her dream of becoming a proficient psychotherapist by training with families and couples from the esteemed Ackerman Institute. After receiving a license in relational dynamics, Sarah went on to collaborate with Relational Trauma Project at the Ackerman Institute for Families and Couples. For Brokaw, a master’s degree was not enough, so she went on to finish her postgraduate program at Fielding University for Executive Coaching. Thus she went on to become a Professional Certified Coach (PCC).

Brokaw has had much exposure in the real world. Sarah has worked her therapies for latency-aged children at the Four Winds Hospital. Additionally she went on to conduct a group therapies for individuals who worked in the World Trade Center in the 9/11 attacks for their better mental wellbeing. She has not only worked for men and children, but women as well. She held a discussion series where women coming from different backgrounds could meet, share their ideas and support each other in achieving their professional and personal goals. Sarah also initiated a series, called Wise Women of LA, where to-be mothers and mothers gather together to share their collective ideas about motherhood. She has travelled to various places such as Rwanda, Bosnia and Haiti, where she encourages women from different walks of life.

Sarah does not speak much about her personal life. She recently spoke about her father who is suffering from multiple myeloma, a type of cancer that affects blood cells in the bone marrow. Sarah loves children and has one of her own, a son named Archer. It is unknown whether she is married, divorced or single. Not much about her husband is known to the public.

Sarah wrote the book Fortytude: Making the Next Decades the Best Years of Your Life—through the 40s, 50s and Beyond, which turned out to be a New York Times best seller. She has a huge net worth similar to that of her father. Brokaw is currently on the board of Equality Now which aima at ending violence and injustice against women.