How Old is Sarah Brightman? What is her Height?

Sarah Brightman was born on August 14, 1960, the eldest of six children of businessman Grenville Geoffrey Brightman and his wife Paula Brightman Hall. She is 59 years old as of August 2020 and stands at 5 feet 5½ inches (1.66 meters).

Brightman was a child prodigy in music and began taking dance and piano cla s ses since she was 3. By 13, she had made her stage debut at the musical I and Albert at the Piccadilly Theatre in London.

From 1981 to 1989, Brightman was a theatre actress, appearing on such plays as Cats, The Pirates of Penzance, Masquerade, and Nightingale. She also appeared in many musicals composed by her then-husband Andrew Lloyd Webber, including The Phantom of the Opera and Song and Dance. 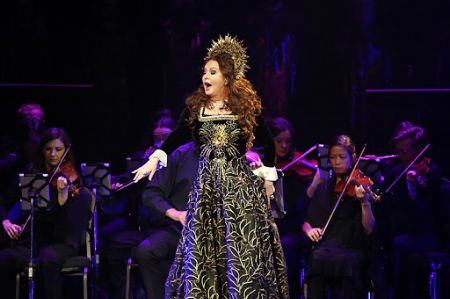 When Brightman and Webber divorced, she dabbled in music, which turned out to be a godsend as she quickly became one of the premier soprano singers in the world. To date, she has released 12 solo studio albums, 6 compilation albums, 8 video albums, 8 collaborative albums (with Andrew Lloyd Webber), 3 live albums, and 40 singles.

Brightman is the only person to perform more than once at the Olympic Games. A humanitarian and philanthropist, Brightman was appointed the UNESCO Artist for Peace from 2012 to 2014. For her contributions to music and the performing arts, Brightman was awarded the decoration 'Cavaliere' in the Order of Merit of the Italian Republic in June 2016.

Was Married to Andrew Graham-Stewart and Andrew Lloyd Webber

Sarah Brightman has been married twice -- both marriages ending in divorce. Her first marriage happened when an 18-year-old Sarah married band manager Andrew Graham-Stewart in 1979. They were married for four years before divorcing in 1983. 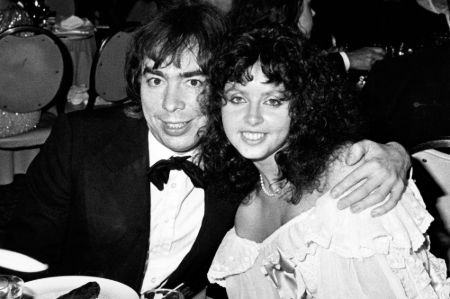 Sarah married for the second time on March 22, 1984, to music composer and theatre director Andrew Lloyd Webber. They had met while Brightman was performing on the West End theatre production of the musical Cats. They got divorced after six years in 1990.

She was also in a ten-year relationship with the German music producer Frank Peterson, during which the couple tried to have children without any luck.

Has a Net Worth of $60 Million

As of August 2020, Sarah Brightman is reported to possess a net worth of  $60 million. Her wealth comes from her eminent career, primarily as a singer-songwriter but also as an actress, dancer, and musician. The 59-year-old is the biggest-selling cla s sical musician in history, with over 35 million album sales and 2 million DVD sales.