Sarah Barshop is an American journalist who is very famous for her work as the Houston Texans reporter for ESPN’s NFL Nation. She has also contributed to ESPN's several other platforms such as NFL Live, ESPN.com, ESPN Radio, ESPN the Magazine.

Sarah Barshop was born somewhere in the USA however the detail on her date of birth and place is missing as she has failed to mention it. Also, the information related to her parents and siblings is unknown. She is of American nationality and belongs to a mixed ethnical group.

While talking about her education, she completed her Bachelor of Arts in Broadcast and Electronic Communications from Marquette University in the year 2014.

Is Sarah Barshop Married Or Not?

The talented journalist, Sarah Barshop is a married woman. She has shared the wedding vows with the Editorial Producer at MLB Advanced Media, Matthew Trebby on May 14, 2016, in Milwaukee, WI. However, the detail on the love story and marriage is unknown. 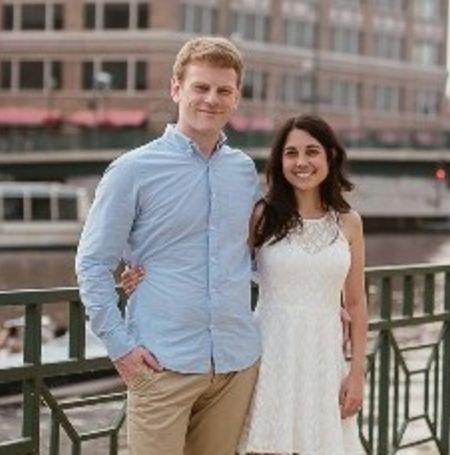 The news of her marriage came out publicly after one of her friends Isabella Khurshudyan shared the picture of her with Sarah on the Twitter platform and captioned it saying, "Met @sarahbarshop when we were both interns at ESPN, and now she's all grown up and getting married today".

As of now, the pair has completed four years of married life and it seems like they are going very strong together. To this date, the pair has not planned to share kids.

She is an active user of social media platforms such as Instagram and Twitter where she mostly shares about her professional life. On her Twitter platform, she has more than 9k followers and on her Instagram, she has 712 followers.

Her Net Worth and Career Journey!!!

Sarah Barshop who started her career back in 2014 has earned a decent amount of money from her career. As of 2020, she is on the halfway to be a millionaire (i.e., $0.5 million). The ESPN journalist is getting paid $57,638 on average so she also might be receiving her salary in the same range.

While she was a student at Marquette University, she started working as an intern at 540 ESPN Milwaukee, ESPN, the Milwaukee Bucks, 620 WTMJ. For around four years, she covered Wisconsin sports Packers, Brewers, Bucks, Marquette, Badgers, and Admirals.

Her career took a new peak after she joined ESPN in the year 2016 and started working as a writer for the Sports Illustrated and editor and a part of the SI Wire team.