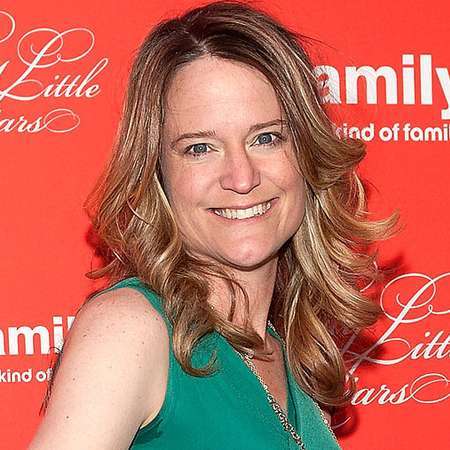 Sara Shepard is an American author who is best known for her bestselling ‘The Lying Game’ and ‘Pretty Little Liars’ book series. Both of her books have turned into the television shows on Freedom. She was born on April 8, 1977, in Pittsburgh, PA. Shepard’s mother Mindy was born in Toronto and was a Canadian whereas, her father Bob was American. She was raised up with a sister named Ali in Downingtown, Pennsylvania.

Sara went to New York University and graduated with a B.S. degree in the year 1999 and MFA in creative writing in 2004 from Brooklyn College. She started her career working at Time, Inc. Custom Publishing and produced lifestyle magazines for corporate Clients. She works there from 2002 to 2005. She officially started writing her own books from 2005.

Sara has been writing for as long as she could remember. However, in her childhood, she wanted to be a designer for LEGO, a filmmaker, a soap opera star, and also a fashion magazine star but destiny had other plans for her and she became a writer. Sara’s ‘Pretty little liars’ is one of the successful shows on ABC starring Tyler Blackburn, Ashley Benson, Shay Mitchell, Troian Bellisario and Lucy Hale. She also appeared in a cameo role in one of the episodes of ‘Pretty little liars’.

According to Sara, ‘Pretty little liars’ is mainly based on her experiences while growing up on Philadelphia’s main line. Although she never had any serious stalkers like in her book.  Her popular book ‘The Lying Game’ was also turned into a TV show but the show got canceled after only its two seasons. Alexandra Chando was starred as the main character. Whether, the show was not as successful as expected the book was a huge success.

She is mostly famous for her works of young adult fiction. She even published a handful of novels especially for adults, such as ‘The Visible’ and ‘Everything We Ever Wanted’. Talking about her personal life, she currently resides in Pittsburgh, PA with her husband. She hasn’t been involved in any extra-marital affair as she is very happy in her married life. She even mentioned that her relation with a husband is very good and he understands her very well. They both love animals very much. They have three dogs and a cat in their house.

Sara is very talented writers of her era. She simply gives life to her character in the book. Her books are full of surprises and with a lot of interesting plots. Her salary and net worth are officially unavailable but we hope she has an amazing net worth because of her successful books. To gather more facts about this talented writer the information is available in her biography, wiki, and also in IMDb.