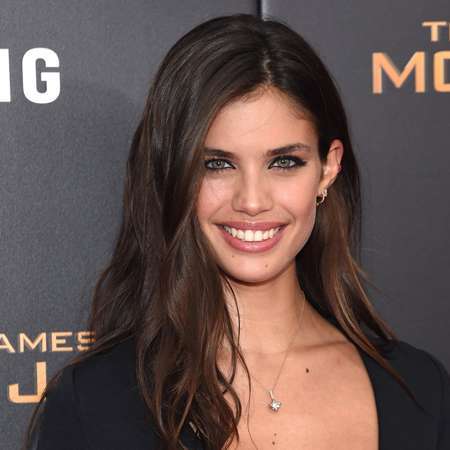 Sara Sampaio is a Portuguese model who is best known for her works in Calzedonia and Victoria’s Secret. She was born on 21st July 1991 and was raised in Porto, Portugal. She hasn’t disclosed facts related to her parents, family, and childhood. She is a first ever Portuguese supermodel who has been able to win Rookie of the year for her appearance in the 2014 Sports Illustrated Swimsuit Issue.

She attended the University of Lisbon after completing high school and also used to do a part-time job as an editor until she had the opportunity to go international. Her modeling career began when she won the Cabela's Pantene competition in 2007 and went on to be featured in many ad campaigns including AXE Body Spray. She received much fame while Emily Didonato and Sara Sampaio magazine photo-shoot took place as both of them are considered the most promising young female models.

Sara is one of the Few Portuguese supermodels who have done her native land proud. She was chosen for the cover of the April edition of Portuguese Vogue and also be the face of an international advertising campaign for Calzedonia Mar, in summer 2012.

She was again the face of Calzedonia in 2013, 2014, and 2015. Along with this, she was even appeared in the first edition of the year of the Portuguese GQ, in 2013 where she was presented as the ‘eighth wonder of the world’

She made her debut at the Victoria’s Secret Fashion Show which was her lifelong dream on 13 November where she walked in Pink segment. The following year she walked in two segments and in the year 2015, she walked in two segments, as an angel for the first time. She has also been on the cover of many magazines such as Vogue, Marie Claire, L’Officiel, Elle, GQ, Telva and much more. Her beauty is not hidden from us as Maxim honored Sampaio by putting her on the list of “The 20 Most beautiful Angels of All Time” on the 20th anniversary of the brand Victoria’s Secret.

Heading towards her personal life, being a celebrity she is mostly surrounded by controversy. Mostly her dating life has always been the talk of the town. She was on the news when there were rumors of her dating of one the most popular footballer Cristiano  Ronaldo. However, this news got no lead later on. Later, Sara’s romance with Alexander Deleon became more popular.

The news of them dating together left the fans two awestruck. However, Sara and boyfriend Alexander could not last their relationship any longer and they broke up. She has been linked up with many people after Alexander but there is no official confirmation about those rumors.

She is one of the most gorgeous and ravishing models of all time. Her beauty is the reason behind her success and her height is her real asset. Her real height is 5feet 9 inches which have made her even more beautiful and ravishing model of all time. It is because of her hard work that today her net worth is estimated as $500 thousand and it’s increasing day by day as she is earning handsome amount of salary through her shows, endorsements, advertisement and so on.

For more details about Sara, her recent interviews, shows and so on information are available in her bio and in also in a wiki. She can also be followed in her Instagram account.