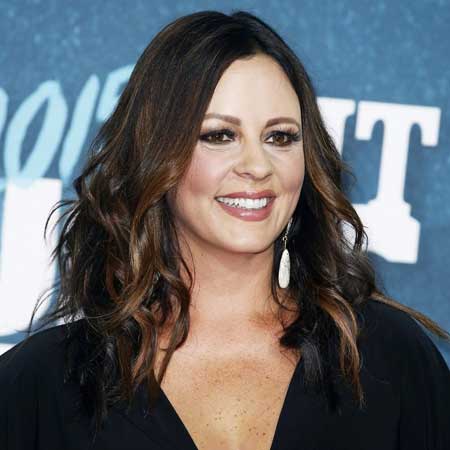 Sara Evans is a stunning country music singer and songwriter. She is a wonderful person who is widely recognized for her albums such as Born to Fly, Real Fine Place and Stronger.

Evans was born as Sara Lynn Evans on February 5, 1971, in Boonville, Missouri, United States. She holds an American nationality belonging to the white ethnicity. She is of Welsh, English, Irish, and Native American descent.

Evans is a daughter born to Jack Evans (her father) and Patricia Boggs (her mother). She has two sisters namely Lesley Evans Lyons & Ashley Evans Simpson and a brother named Matt Evans.

Evans grew up on a farm near New Franklin, Missouri, and is the eldest girl of seven children. She started singing weekends in her family's band at the age of five. When she was eight, she was struck by an automobile in front of the family home, and suffered multiple leg fractures.

Evans continued singing to help pay her medical bills after recovering for months in a wheelchair.  When she was 16, she started performing at a nightclub near Columbia, Missouri. The gig that lasted for two years.

In 1991, Evans moved to Nashville, Tennessee to be a country music artist. She left Nashville after meeting fellow musician, Craig Schelske and moved to Oregon with him.

Evans made her album debut, Three Chords, and the Truth for RCA  in 1997. The album received critical praise for its neo-traditional country sound though none of its three singles reached the Top 40 of the Billboard Hot Country Songs chart.

Later, Evans released several albums, which made her more popular among the public. Her popular albums include No Place That Far, Born to Fly, Restless, and Real Fine Place.

Evans was the most nominated artist at the Country Music Association Awards with overall seven nominations. She became a first winner of CMA award when "Born to Fly" won the award for Video of the Year, making her first major industry award.

Evans, age 46, is married and has three children. She gained massive popularity from her singing career.

Evans married her boyfriend, Craig Schelske, an aspiring politician on September 25, 1993. She met Craig while she was doing country music in Nashville. The couple had an affair for several of years and finally tied their knot.

Evans filed divorce to her husband, Craig in 2006 stating that Schelske committed adultery and was verbally and emotionally abusive.

Schelske denied all the proclamations and claimed Evans filed for divorce the same day as he discovered she was having an extramarital affair. She revealed of her divorce from Schelske after she quit the show called Dancing With The Stars.

The divorce finalized on September 28, 2007. Evans paid Schelske $500,000 in alimony over a ten years period. She has primary custody of her three children. Her ex-nanny sued her for $3 million, claiming that she had tarnished her name by accusing her of an affair with Schelske.  The lawsuit cost Evans $500,000 in July 2009.

Evans married Jay Barker, a former quarter at the University of Alabama. The couple tied their knot on June 14, 2008, in Franklin Tennessee with their children as their attendants.

Evans and Barker currently reside in Mountain Brook, Alabama, a suburb of Birmingham, Alabama. They live together with Sarah's three children from Schelske and Barker's four children; Andrew, Braxton, and twins Sarah Ashlee and Harrison from his previous marriage.

Evans stands an incredible height of 1.7 meters (5 feet 5 inches) and weighs 137 pounds. She has earned a good income from her singing career. She has maintained a wonderful net worth of $16 million dollars.