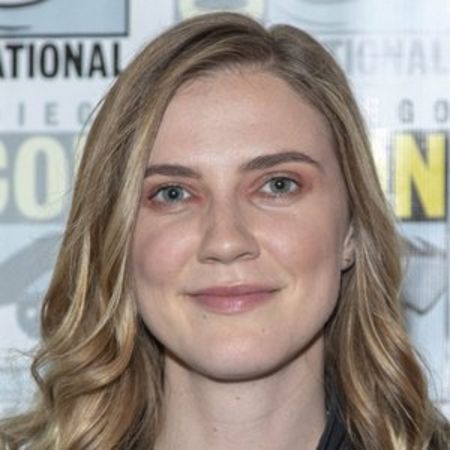 Sara Canning is a Canadian actress best known for playing the role of Jenna Sommers in The CW hit series, The Vampire Diaries. She has also appeared in a feature film, Black Field, in 2009.  She gained further fame as Jacquelyn Scieszka in the Netflix TV series A Series of Unfortunate Events.

Sara Canning was born on July 14, 1987, in Gander, Canada, to parents Wayne Canning and Daphne Canning.

She was raised in Brown's Arm, Newfoundland until the age of 11. She was then raised in Sherwood Park, Edmonton, Alberta.

She was a figure skater during her childhood and then became interested in theatre; she studied acting at F.R. Haythorne Junior High.

The actress first studied journalism at the University of Alberta but at the age of 19, she left the university and moved to Vancouver to start an acting career. She then attended the Vancouver Film School from where she graduated in an acting program in 2007.

Sara Canning made her acting debut in "1984" by George Orwell at the Citadel Theatre in Edmonton. She was 18 years old at the time.

In 2008, she played the role of Nicky Hilton in the television drama series, Paparazzi Princess: The Paris Hilton Story. In the following year, she appeared on Smallville, Kyle XY, and Taken in Broad Daylight.

In 2009, the 33-year-old filmed a pilot episode for the popular CW television series, The Vampire Diaries. She then Canning appeared as Jenna Sommers in the CW hit series.

Most recently, Canning played the role of Jacquelyn Scieszka in the Netflix series, A Series of Unfortunate Events, in 2017. The series is actually based on a book by Daniel Handler of the same name. In 2020, Sara was featured in the short queer thriller drama The Quieting.

Being a successful Hollywood star, the  A Series of Unfortunate Events star earns a decent amount of money from her career as an actress. She has an estimated net worth of $1.5 million. 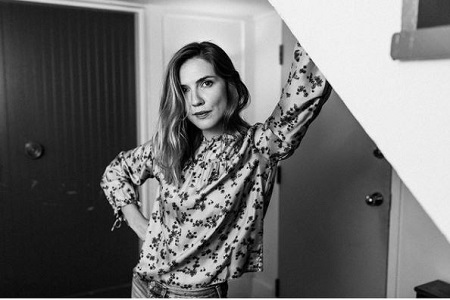 As for her salary, according to IMDB, she used to earn $40,000 per episode while appearing on The Vampire Diaries.

Moving towards the personal life of Sara Canning, the 33-year-old Black Field actress is possibly single as there is no official confirmation.  However, if we believe few online sources, they have claimed that Sara was previously married to the late Michael Chase Morris.

The pair tied the knot in a small ceremony in 2008 in front of closest friends and family members. Unfortunately, just after three years of marriage, Morris died of an unknown reason in 2011.