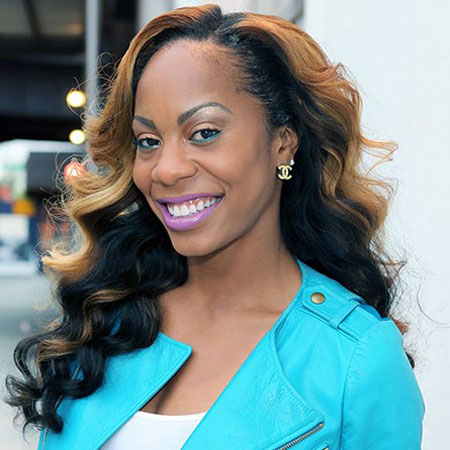 Sanya Richard-Ross is a Jamaican-American former track and field athlete who competed internationally for the US. Sanya won Olympic gold in 2004 and 2008, as part of the US 400 meters relay team. At the 2012 Summer Olympics, she went on to win gold in the women’s 400 meters.

Sanya Richard-Ross was born on February 26, 1985, in Kingston, Jamaica, Caribbean Island. At the age of 12, she moved to the United States with her family and settled in Fort Lauderdale, Florida, a place her parents would better suit their aspiring track star's career.

Sanya began running at the age of 7. She graduated from St. Thomas Aquinas High School in Fort Lauderdale in 2002. In her early days, she showcased her talent and won a silver medal in the 400-meter  relay event and bronze medal in the 200-meter event during the 2002 World Junior Championships.

In the same year, she also won the NCAA Indoor Championship in the 200-meter event with a time of 50.58 seconds. Regarding her nationality and nationality, Richard-Ross is a Black American.

Richard-Ross made her breakthrough in the field of an athlete in 2006 with two victories at the World Cup, taking the top spot in both the 400-meter and 200-meter events. She also received two medals at the 2008 Summer Olympics in Beijing.

However, Richard-Ross also struggled with some health issues in the year 2007 and due to an injury, she wasn’t able to play in the 2010 season. Following her recovery, she became the 400 meters World Indoor Champion in 2012.

The last gold medal also led her to become a three-time Olympic gold medalist. Eventually, Richard- Ross competed in the 200-meter final, but at that time she failed to achieve the medal in the race.

Richard-Ross is married to her college boyfriend, professional football player, Aaron Ross. The couple exchanged their vows on February 26, 2010. Richard-Ross began dating Aaron while she was a student at the University of Texas. Aaron later played for the New York Giants in the NFL. The two were engaged in the year 2007 and married after three years of their engagement.

Richard-Ross and her husband Aaron are expecting their first child together in 2017. However, Richard-Ross later disclose that she had a miscarriage, just weeks before sprinting in the 2008 Summer Olympic Games.

After that, she went on to say that her decision, winning the gold wasn’t more important than getting aborted. She regarded the decision made and she told in statement,

“Over the phone, we didn’t go into details"

“We are so excited to start a family and can’t wait to begin this new adventure!”

Five times gold medal winner, Sanya Richard-Ross has an estimated net worth of $1 million. She also earned a total of $250,000, after she won her sixth IAAF Golden League events.

Richard-Ross has won five gold medals in her entire athletic career. The gold medalist receives $25,000 per medal. She is 5 feet 8 inch tall in height.