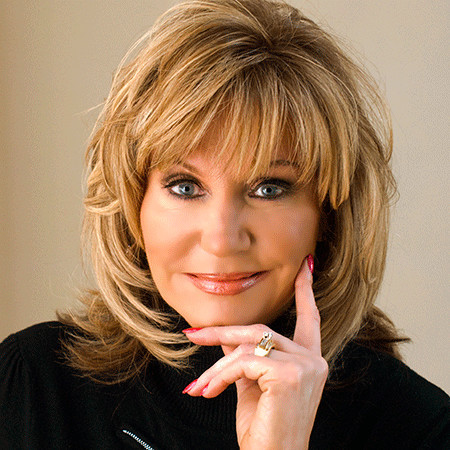 Sandy Rios is the Director of Governmental Affairs for the American Family Association. Her program is one of America's largest, pro-family grassroots organizations. Her organization is based in Washington, DC. She hosts the program which can be heard on nearly 200 stations through the American Family Radio Network named Sandy Rios in the Morning on AFR Talk. Rios is the awardee of the 2005 Henry Hyde Leadership Award- a Pro-Life Action League’s Protector Award. She has also received seven Silver Microphone Awards, an Angel Award, a TESLA Award for her work in radio.

Age and Childhood Of Sandy Rios

Sandy Rios was born in 1939 in Carmi, Illinois, the United States of America. She is an American as per her nationality and as far as her ethnicity is concerned, Rios is a White American.

Sandy spent the majority of her childhood days in her hometown Carnin with her family. She also did her schooling from her local school.

Sandy Rios is a former president of the conservative Christian organization Concerned Women for America.

A Contributor in Fox News channel since 2005, Sandy Rios has regularly appeared in the channel bringing her perspectives in a wide array of issues, be it advocating religious beliefs, defending America’s war on terror, or claiming gay people as dangerous to society, she has never been shy from making a bold statement. 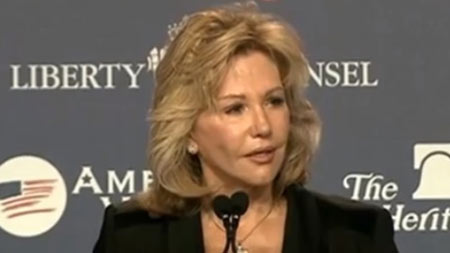 She has defended religious freedom, analyzed presidential candidates, and debated national security issues with Megyn Kelly, Bill O'Reilly, Sean Hannity, and most of the FOX Team.

As the former president of Concerned Women For America, the nation's largest public policy women's organization, Sandy Rios hosted a nationally syndicated radio show that aired in most major cities in the U.S. and parts of Canada.

She was the host of the "Sandy Rios Show" for Salem Communications in Chicago. She has hosted the program for ten years.

The National Religious Broadcasters chose Sandy as their 2010 Radio Personality of the Year. Sandy Rios has also received an Angel Award, a TESLA, and seven Silver Microphone Awards for her work in radio.

Sandy Rios is the president of Culture Campaign since 2004. She was president of Concerned Women for America, from 2001 to 2004, this is a conservative religious organization. She is chairman of the North Korean Freedom Coalition it is the coalition that advocates for the citizens of Korea.

Rios has done investigative work in India, China Vietnam, Thailand, and the Soviet Union. She lived in a still-divided Berlin, Germany for two years.

Sandy Rios, a politician has a net worth of $3.2 million. She has made such a good amount of net worth from her career as an American activist. She has held a number of high posts during her career. As an activist, Sandy is paid around $29,250 a year.

Sandy has a house in Washington, D.C.

Sandy Rios would like us all to forget about those LGBT couples in decades-long relationships, those raising children, and those with strong ties to their own LGBT-friendly churches and communities as she uses her interpretation of Christianity to decide that LGBT people shouldn't be able to enter a legal marriage contract.

Rios publicly claimed the sexual orientation of an AMTRAK engineer on duty during the 2015 Philadelphia train derailment was a possible factor in the crash.

Sandy Rios still looks half she is, as she has gone through with her multiple plastic surgeries. She has done her plastic surgery at the age of 65.

Sandy Rios is a married woman. She married a former FBI Special agent Bruce Rather for several years. She welcomed two children; a son and a daughter with him. Her daughter, Sasha died in 2009 who was severely disabled since her birth. Rios’ son is a married writer and pastor who has three

Following the death of her first husband, Rios married Bruce Rather- a Chicago-based lawyer in 2009. Since then, she is happily married to him.

It has been nearly a decade that the couple is enjoying their loving marital relationship with no rumors of divorce. As of now, Sandy resides in Washington D.C. with her spouse Bruce.