Sandra Bernhard is an American actress, singer, author, and comedian. She identifies as bisexual and has been in a longtime relationship with Sara Switzer -- with whom she raises her daughter Cicely Yasin Bernhard.

How Old Is Sandra Bernhard? What Is Her Height?

Sandra Bernhard was born Sandra Gail Bernhard on June 6, 1955, the only daughter out of four children, to proctologist Jerome Bernhard and his painter-sculptor wife, Jeanette LaZebnik. She is 65 years old at the time of this writing and stands at 5 feet 10 inches (1.78 meters).

Sandra was born and raised in Flint, Michigan with her three brothers, Dan, David, and Mark before the family upped and moved to Arizona when she was 10 years old. She is a graduate of Saguaro High School in Scottsdale, Arizona.

Who Is Sandra Bernhard's Partner? Who Is Her Daughter?

Sandra Bernhard identifies as bisexual and has had romantic and sexual relationships with both men and women. On July 4, 1998, Bernhard gave birth to her only child, a daughter named Cicely Yasin Bernhard. 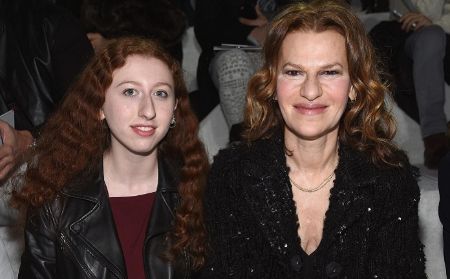 While the identity of the father has not been revealed, Bernhard raised her daughter with her longtime partner, Sara Switzer.

What Is Sandra Bernhard Known For?

Sandra Bernhard began her career as a comedian and made a name for herself at The Comedy Store in Sunset Boulevard. She has since been a film and television actress, singer-songwriter, and author.

As an actress, Sandra has been credited in 90 films and television shows. She has appeared in movies like Shogun Assa s sin, Cheech & Chong's Nice Dreams, The House of God, Hudson Hawk, Dallas Doll, Wrongfully Accused, Playing Mona Lisa, and Zoolander. 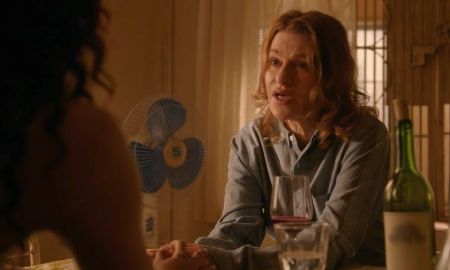 Additionally, she has also had a prolific music career and has released 14 studio albums, three compilation albums, and eight singles.

Sandra has published three books to date: her 1989 autobiography "Confessions of a Pretty Lady", the 1993 essay collection "Love, Love and Love", and her 1999 semi-autobiography "May I Kiss You on the Lips, Miss Sandra?"

How Much Is Sandra Bernhard Worth In 2021?

According to celebritynetworth.com, Sandra Bernhard has a net worth of around $10 million as of March 2021. She has been credited in 90 films and television shows according to IMDb. Besides that, she has released 14 studio albums, three compilation albums, and eight singles.