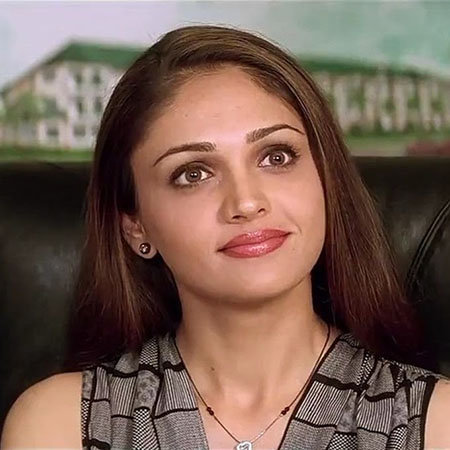 Sandali Sinha is a recognized  name in Bollywood movie industry for her hit movie called “Tum Bin”. Forty-four years old Indian beauty Sandali was born on 11th January 1972 in Muzaffapur, Bihar, India. She belongs to the family of Air Force background. She has two siblings whom her mother raised as a single parent after the death of her father, who died in a road accident. She was raised in Delhi. She belongs to Indian ethnicity and has an Indian nationality.

Sandali Singh belongs to the family of professional of doctors and pilots. Therefore, she also wanted to be a doctor. Sandali attended Air Force Bal Bharati School and is a graduate of Jesus and Mary School majoring in commerce. Meanwhile, she had a brief introduction to an amateur fashion show which changed her mind and made her shift to modeling.

Sandali Sinha then moved to Mumbai for better prospects and eventually started modeling. She started to earn fame after appearing in a music video of Sonu Nigam’s song “Deewana” which led her to debut in a movie called “Tum Bin” released in 2001. She appeared in some other movies but none of those movies gave her the recognition like Tum Bin.

Sandali Sinha got married shortly after her modeling and film career, at the age of 34. Because of her short career in film line and modeling industry, she is recognized in media but not a hot topic which made her personal life out of light. Like all other Indian female actresses, there is hardly any information available on her past dating or affairs or boyfriends.

Sandali Sinhamarried Kiran Salaskar in November 2005. Kiran is a stable businessman who owns several food chains in India and also deals in Entertainment and Hospitality industry. He is also an owner of “COO’ (Country of Origin), a luxury gourmet and Patisserie food brand in India. The couple is happily married. There is no any speculation of misunderstanding or divorce in between this couple. The couple is blessed with two adorable daughters about whom nothing is disclosed.

She has not been pulled into any controversy yet. However, there is a rumor that she is making a cameo in the sequel to her debut movie Tum Bin which is not confirmed yet. Sandali Sinha has been able to maintain her clean image.

Sandali helps her husband in his business. Her actual net worth is not available but is assumed to be high. She is happy to help her husband in his food business as she describes herself as a foodie. Sandali Sinha is a very charming person and is a very good wife and mother. She has a very lovely hour glass shaped body posture. She stands the height of 5 feet and 6 inches and has beautiful brown hair.