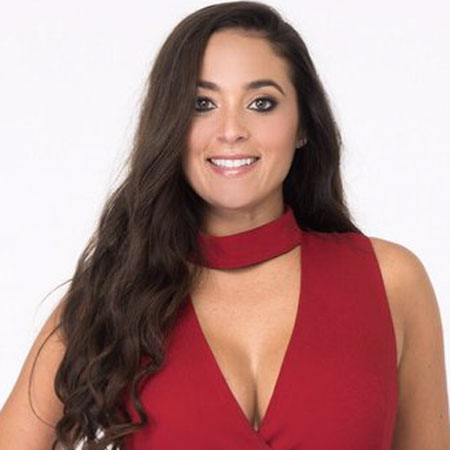 Sammi Giancola who is also famous as the Sammi Sweetheart is an American businesswoman as well as a TV personality who is famous for her appearance in the six seasons of the MTV reality series Jersey Shore.

Italian And Greek Descent; Grew Up Along With Two Sisters

Sammi Giancola was born on the 14th of March, 1987 in Hazlet, New Jersey, United States of America. She was born to her parents Al Giancola and Angela Giancola. Sammi is of Italian and Greek descent. Her parents raised her up with great compa s sion and care.

Sammi has two sisters, Rachel Giancola and Nikki Giancola. She was very much interested in modeling since her childhood. Moreover, she was active in sports during her school days. As a child, she won the  art contests

Sammi Giancola joined William Paterson University and majored in Sociology there. She was the midfielder on the university’s soccer team. She helped her team win the Eastern College Athletic Conference’s Metro Tournament.

Before that, Sammi was a four-year varsity letter winner at Raritan High School. She was named the team’s Most Improved Player.

Sammi Giancola's career took off in the year 2009. She became a part of MTV’s hit reality show Jersey Shore.  After that, she appeared on shows like The Ellen DeGeneres Show, The Tonight Show with Jay Leno, Live with Regis and Kelly, and The Wendy Williams Show.

Moreover, Sammi Giancola along with her Jersey Shore co-stars appeared in the 2012 film entitled The Three Stooges. Later in the year 2013, she launched her own online clothing line named Sweetheart Styles. The clothing line includes dresses, tops, bottoms, activewear, and outerwear. Besides this, she also has her own line of earrings, bracelets, clutches, and necklace sets.

Sammi Giancola became a co-host on the podcast Just Sayin. Relationship expert Siggy Flicker and Clare Galterio co-hosted the show along with her. It is currently available to listen to on iTunes and SoundCloud.

Apart from this, she has also released a fragrance named Dangerous along with Snooki. Also, she is the co-founder of the gym named Strength Spot.

Her net worth is estimated to be $1.4 million acc u mulated from her high and notable salary for her hard work as a model, actress, and TV personality. She managed to earn $80000 per episode during the sixth and final season of the show.

The 32 years old, Sammi Giancola is engaged to her boyfriend-turned-fiancee, Christian Biscardi. Giancola officiated the news of their engagement through the IG post on March 5, 2019. She shared the picture of her finance down on one knee and propose her.

Recently, Sammi Giancola celebrated Ronnie’s 29th birthday with her former castmates and her friends. It is rumored that the couple was back together after that. However, Sammi Giancola has not married yet.