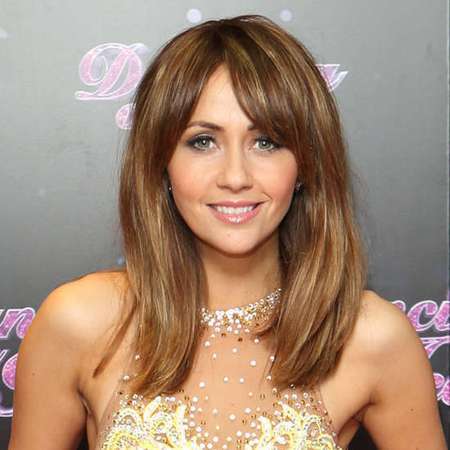 Samia Ghadie is a British actress who is best known for portraying the role of Maria Connor in the ITV soap opera Coronation Street since 2000. She made her screen debut in a sitcom if Cracker The Big Crunch when she was 11 years.

Samia Ghadie was born on July 13, 1982, in Eccles, Greater Manchester, England to Patsy, an English actress, and Joseph, a French-Lebanese shop owner. She has an older brother named Thrik Joseph Ghadie. She was raised up in her birthplace Eccles.

Samia Ghadie made her first appearance when she was 11 years in an episode of Cracker The Big Crunch. She made significant success when she hit Kimberley Walsh and Suzanne Shaw to receive the character of Maria Sutherland in the ITV soap opera Coronation Street in 2000.

Samia Ghadie also was a contestant in the eights series of Dancing on Ice along with her current husband Sylvain Longchambon in January 2013.

Samia Ghadie married twice. She was married to her boyfriend property developer Matthew Smith in September 2005. The couple tied the knot in a lavish ceremony in Cheshire surrounding by friend and families.

Samia Ghadie and her ex-husband Matthew became the parents of their first child daughter in October 2009. After that, the couple was spending their part time happily together. Unfortunately, she ended her seven years marriage to husband Smith in 2012.

After that, Matthew told;

“She’s my wife, I love her and we’ve got a child together. If she wants to speak to me, she can. I’m just trying to get on with my life.”

Before their divorced, Matthew also moved the cast of Corrie as violent builder Chris Gray in July 2010 and was involved in a relationship with ex-wife Cheryl Holly Quin-Ankrah.

Furthermore, Samia Ghadie also dated Will Thorp in 2011 and separated after a one year of their dating. Moreover, she eventually engaged with Sylvain Longchambon in 2013. Sylvain is a French ice dancer.

The couple first met when the Coronation Street star Samia took part on Dancing on Ice in 2013 and fell in love. She engaged with Sylvain before 1 year of their married. The couple finally married on August 20, 2016.

According to The Sun online, they have completed their marriage ceremony in front of 500 friends at Gary Barlow’s old home, Delamere Manor, Cheshire. She gave birth their first child boy Yves Joseph Longchambon on September 24, 2015. The couple is living a happy life with their two children.

Sylvain Longchambon previously dated with Jennifer Metcalfe from 2010 to 2012.

Samia Ghadie has earned a good amount of net worth from her acting career, which is believed to be more than $1 million. She stands at the height of 5 feet 1 inch.