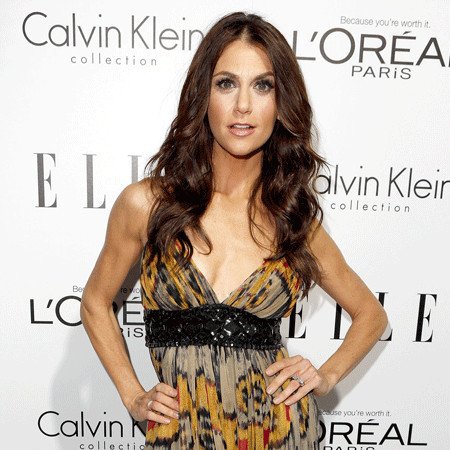 Samantha Harris is a television personality famous in America for co-hosting seven seasons (season two to nine) of the highly popular dance show, Dancing With the Stars. She has been married to Michael Hess with who she shares two children.

Samantha Harris was born on November 27, 1973, in Hopkins, Minnesota, the United States of America. Her father Richard Harris was a rock n roll promoter while her mother Bonnie Shapiro was a dancer.

She was brought up in a Jewish family and her parents started the renaissance festival known as the King Richard’s Faire. This still festival continued as of 2012.

Samantha graduated from the Northwestern University.

Following her graduation from Northwestern University, Samantha Harris joined the infotainment show Extra for the Las Vegas bureau. In the show, she interviews a huge number of celebrities and also served as an anchor.

She then started working for E! News of the E! Entertainment Television, as a correspondent. She also hosted THS Investigates and wrote, edited and produced daily for E! News. Additionally, she also covered award shows and events like the Oscars, Golden Globes and Emmys for the same.

From 2006 to 2010, Samantha Harris took over Lisa Canning to host the popular celebrity dance show Dancing With the Stars with Tom Bergeron. She left the show on January 28, 2010, citing her need to focus on other projects including The Insider and Entertainment Tonight.

She has also hosted for Fox’s The Next Joe Millionaire, The View, Who Wants to Be a Millionaire, AMC Access, etc.

Apart from hosting, Samantha has done some acting as well. She has appeared on television on shows like CSI: Crime Scene Investigation, Beautiful, Reefer Madness, D3: The Mighty Ducks, Surviving Gilligan's Island, etc. She has also appeared in Broadway shows, out of which, her first was the portrayal of Roxie Hart in Chicago.

She portrayed the same role in a long-running musical at the Ambassador Theatre and in Greenville, SC. Also a model, she has appeared on the cover of Muscle and Fitness, HERS, SELF, SHAPE and FHM.

She has also been featured in several ads and commercials and is the spokesperson for Palmer’s Cocoa Butter Formula. Super- Hair Net voters voted and won her the Best Hairstyle on Television Award for Crown Awards in 2007 and 2008.

Samantha Harris is a married man. She has been married to her husband Michael Hess since 2005. The couple dated for a long time before they tied the knot in a lavish ceremony. 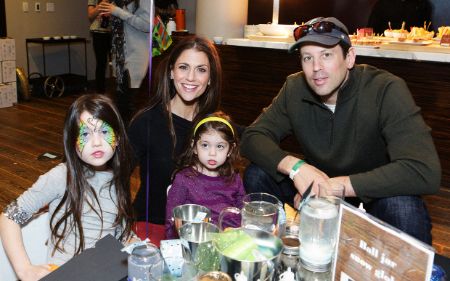 The two are blessed with two children, daughters Josselyn Sydney Hess and Hillary Madison Hess, who were born in 2007 and 2011 respectively.

She was diagnosed with breast cancer and this became public knowledge when she announced the fact on April 2014.

After undergoing a double mastectomy, she announced that she was cancer-free in October 2014. She is an avid supporter of cancer research and supports charity events like Feeding America, What A Pair and Revlon Run/ Walk.

Samantha Harris has earned a decent amount of money from her hosting career. The 5 feet 4 inches tall television personality has a whopping net worth of $6 million, according to Celebrity Net worth.