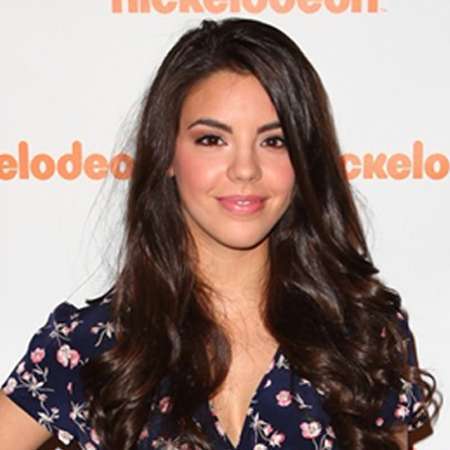 Boscarino was born on 26th of December in Ventura County, California in the USA, in 1994. She is an Italian and Ecuadorian descendant. She has a sister named Lea Boscarino. She is best friend with an actress Bridgit Mendler.

Samantha Boscarino debuted from the film, The Clique as Alicia Rivera which was produced by Tyra Banks in 2008. This American teen comedy film was directed by Michael Lembeck, produced by Alloy Entertainment and is based on the popular teen series called The Clique.

Samantha Boscarino featured, in the film, The Perfect Game as Gloria Jimenez and also appeared in tv series called Jonas as Amy in 2009. In 2010, Boscarino made her appearance in TV series like True  Jackson, VP as Carla Gustav and Wizards of Waverly Place as Lisa Cucuy and Parenthood as Lindsay. From 2010 to 2014, she had a recurring role in tv series called Good Luck Charlie as Skyler.

Samantha Boscarino appeared in Bucket & Skinner’s Epic Adventures as C.J/Cindy Johnson in 2011. The following year, Boscarino was cast in the main role in an American teen sitcom which aired on Nickelodeon called How to Rock. This was yet another notable role from her after her role in the film, Clique as Alicia Rivera.

Samantha Boscarino starred in a television film called Zoe Gone in the role as Amber. The same year she also appeared in action police procedural tv series called NCIS as Mary LaFleur.In 2015, Boscarino made her appearance in a comedy tv series called House of Lies as Avery and in a coming of age television sitcom called Girl Meets World as Sophie Miller which aired on a Disney Channel. Girl Meets World is a sequel to the sitcom named Boy Meets World which used to air on ABC. She also appeared in 2 episodes of an American sitcom on TV Land called Hot in Cleveland as The Bouncer. Boscarino makes several appearances in children’s panel game show called Figure it Out.

This year, Samantha Boscarino will be seen in a TV film called The Cheerleader Murders as Ellie Davis. The film is directed by David Jackson and written by Matt Young.

Samantha Boscarino has done many movies and series during her career and we expect to see even more from her in near future. She has done many photo shoots and is active on many social sites including facebook, twitter, and Instagram.

Samantha Boscarino dated Gregg Sulkin from February 2008 to September 2009 but their relationship was off very soon. Between these years, she was also rumored to be dating Matt Shively but it was never confirmed from both sides. In 2009, it was heard that she was dating Doug Haley but that news was also never confirmed. Boscarino and Booboo Stewart dated in 2012 but they separated soon. Currently, she is single as there’s no news about her dating anyone or being in a relationship.

Samantha Boscarino has maintained her body really good. She stands 5 feet 6 inch tall and weighs about 50 kg. Her exact net worth is not revealed yet. Samantha Boscarino is still young and has a very long way to go in her career.