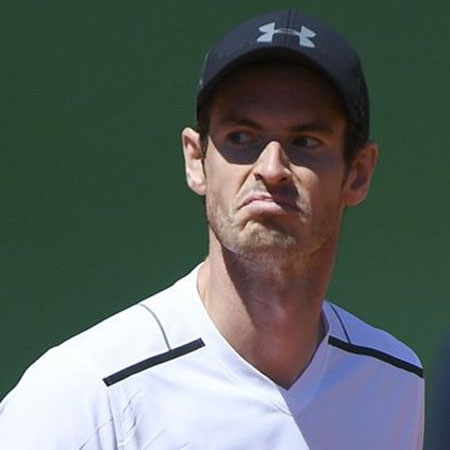 Sam Querrey is an unassuming 29-year-old tennis pro star known for his dominant service game. In the year 2011, he was ranked number 17 among tennis players throughout the world and reached the fourth round of the United States Open for twice in 2008 and 2010. Sam Querrey had set the record for maximum successive aces when he achieved with 10 straight hits in a 2007 match against James Blake.

Sam Querrey was born on October 7, 1987, in California, United States. He graduated from the Thousand Oaks High School in 2006. The same year, he was also offered a scholarship to the University of Southern California, but he turned it down to embark on his professional tennis career.

Sam was born to former baseball player father, Mike Querrey, and mother, Chris Querrey. His mother, Chris, introduced him to Tennis as she made him interested in playing and pursuing a tennis career. When he was only four years, Sam had a tennis racket in his hand and began training to become one of the best players on the court.

Mike played baseball at the University of Arizona as well as was once drafted by the Detroit Tigers. He also has a sister, Ellen Querrey and he isn’t the only athletic player in the family as his sister played collegiate volleyball.

Ellen played volleyball for Thousand Oaks High School as a walk-on outside hitter before taking her talents to the University of Arizona.  Regarding Sam's ethnicity and nationality, he is white American.

On June 11, 2006, Sam Querrey made his pro debut and became the first player to win the challenger event. He later won the Winnetka and Yuba City challenges. At the Indian Wells Masters tournament, he won his first-round match against the Bobby Reynolds, before falling to James Blake in three sets.

Sam later advanced to the third round at 2007 Australian Open and defeated Jose Acasuso in the third round. However, he couldn’t defend his opponent and lost his fourth sets with Tommy Robredo. In August 2007, he also defeated Austrian Stefan Koubek in the first round at the US Open.

After that, Sam beat Belgian Olivier Rochus in the first round, in January 2008 at the Australian Open. In March 2008, at Tennis Channel Open, he won his Association of Tennis Professionals level tournament for the first time in Las Vegas. He beat a South African qualifier, Kevin Anderson, in three sets in the final of the tournament.

After playing several matches and being equipped with techniques of tennis, he made his debut in the Olympics in Beijing in the year 2008 and defeated by the world no. 1 Rafael Nadal in four sets.  The following year, he also made his appearance in the 2009 Heineken Open in Auckland, New Zealand and was the sixth seed.

He made it to the final and lost the game TO Juan Martin del Potro in straight sets. Sam finished the Second ATP Title ranked a career-high No. 25, and as the no. 2 American behind Andy Roddick.

At the time, Sam also became the first player to win the singles and doubles at Memphis simultaneously since 1981.

In April 2010, Querrey also competed at the U.S. Men’s Clay Court Championship and lost in the final to Argentine Juan Ignacio Chela. At the time, he was also listed as No. 21 tennis player in the world as well as was also seeded No. 18 at Wimbledon,  by his Queen’s club result.

Sam later conducted a tennis clinic for the children along with Bob and Mike Bryan in Washington, where they also got the opportunity to meet former president Barack Obama. In the year 2011, Sam reached the quarterfinals of two ATP 500 series’ tournaments. However, he lost both tournaments due to his injury.

The following year, Sam defeated Novak Djokovic in the second round at the BNP Paribas Masters. After a year, he also won the rubber against Viktor Troicki for the first time in Davis Cup competition in Boise. He made a breakthrough in his career by beating the No. 1 ranked player, Novak Djokovic in Grand Slam in the year 2016.

It was also Sam’s first win over a No. 1 listed player. He later continued his successful run and became the first American player to reach the quarterfinals of a Grand Slam by beating Nicolas Mahut. Defeating Thanasi Kokkinakis in the final, he also won the 2017, Los Cabos Open in August 2017.

The American tennis player Sam Querrey, 29, is an unmarried, even he has been dating model, Abby Dixon for a couple of years. In the year 2015, he was on the reality show “Millionaire Matchmaker,” where he was looking for the perfect love. He also said during the show:

“And I want to find someone who’s excited to spend the rest of their life with me, and to get married, and to start a family,”

However, the reality show finished without him finding love. But, he later found his perfect match, model Abby Dixon. The couple is dating since 2015. Sam’s girlfriend Abby’s Instagram account is flooded with images of them together.

Abby Dixon is a successful American model and is represented by several agencies.

The successful American Tennis player Sam Querrey has earned a hefty amount of net worth from his prolific tennis player. According to Celebrity Net Worth, Querrey’s net worth is estimated around $12 million in the year 2017.

Querrey's career as a professional tennis player is the primary source of his income. Since he turned professional straight out of high school in 2006, Sam has earned around $9,235,858 in prize money.