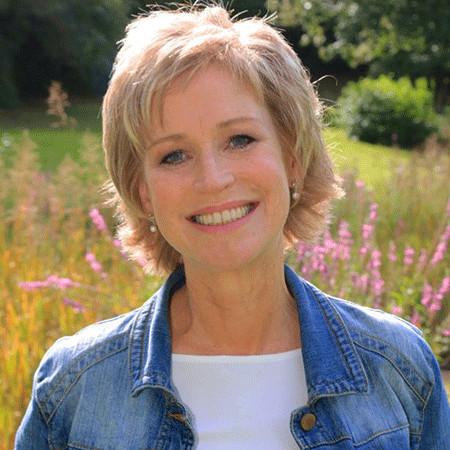 Sixty-one years old, Sally Magnusson is a Scottish broadcaster and writer, who currently work as the presenter for BBC Scotland. She also presents 'Tracing Your Roots' on BBC Radio 4 and is one of the main presenters of the long-running religious television program named Song of Praise. Sally Magnusson was born on 11 October 1955, in Glasgow, Scotland.

Sally Magnusson was born in Glasgow and she is the daughter of Magnus Magnusson, who is the Icelandic broadcaster and writer. Mamie Baird is her mother, who also worked as a journalist. Her late maternal uncle is footballer named Archie Baird. Sally has one brother named Jon Magnusson. He is a British producer, writer, and director. She spent her childhood in Glasgow, where she lived with her family.

Sally Magnusson attended Laurel Bank School for girls, a former independent school. She completed her graduation from the University of Edinburgh keeping English language and Literature as her major subject.

Taking about her career life, Sally Magnusson began her career in journalism at The Scotsman newspaper situated in Edinburgh and then the Sunday Standard in Glasgow. Magnusson is frequently seen on BBC television, most notably as a long-working presenter of BBC Scotland’s Reporting Scotland news program.

In 1980, she worked as a presenter on the BBC’s Breakfast Time. In 1987, she was part of the Breakfast Time team, including, Frank Bough, Peter, Jeremy Paxman, and Snow, that covered the results of the general election. Sally Magnusson co-presented the program's replacement, Breakfast News, initially with Laurie Mayer. Magnusson has presented various television programs, ranging from Reporting Scotland to Panorama to ‘Song of Praise’.

Sally Magnusson is the author of 'Life of Pee: The Story of How Urine Got Everywhere'. She has also written many books about the Scottish runner Eric Liddell, who refused to run on the Sabbath day due to his Christian beliefs.

Moving on to her personal biography, she has been married to Norman stone, who is a TV director. The couple has five children named Jamie Magnus Stone, Siggay Stone, Anna Lisa stone, Rossie Stone, and Magnus Stone. Sally has been awarded the honorary doctorate of letters from the University of Glasgow Caledonian for her amazing and brilliant work.