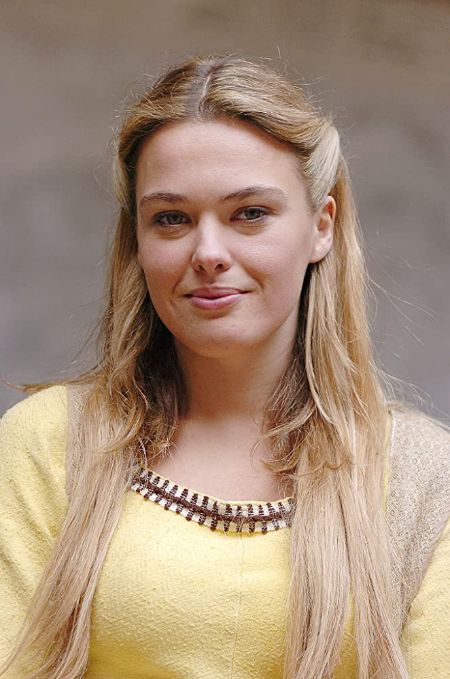 Sally Bretton is an English film and television actress. She is most known for playing Donna in the original UK version of the mockumentary sitcom The Office and Lucy Adams in the BBC One sitcom Not Going Out.

How Old is Sally Bretton? What is Her Height?

Sally studied acting at the Central School of Speech and Drama. She adopted the surname Bretton as the name Sally Davis was already a registered actress's name.

Sally Bretton made her on-screen debut in 1987 in the historical drama miniseries Napoleon & Josephine: A Love Story. She made a string of television appearances in British TV shows like Screen One, Sunburn, and Brand Spanking New Show.

She made her film debut in 2000 as Amy in the comedy film Peaches. She had a breakthrough year in 2001 with numerous guest appearances in television shows like Beast, Armstrong and Miller, and Doctors.

She landed her biggest up to that point as Donna in the original UK version of the mockumentary sitcom The Office on BBC Two -- created, written, and directed by Ricky Gervais and Stephen Merchant, and also starring the former.

Other notable television roles include her appearances as Lisa in the drama series Night & Day, Cat Durnford in the BBC Two comedy series Absolute Power, Mary Hathaway in the BBC One sitcom Blessed, Kim Alabaster in the Channel 4 sitcom Green Wing, and Martha Lloyd in the British-French crime drama series Death in Paradise. 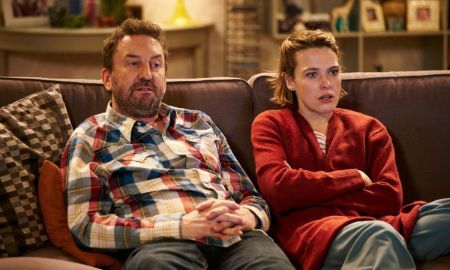 Sally Bretton as Lucy Adams in the sitcom Not Going Out SOURCE: Mirror UK

Since 2007, Bretton has appeared as Lucy in the BBC sitcom Not Going Out.

Bretton is also a stage actress who has appeared in stage plays like Dial M for Murder, An Ideal Husband, King Lear, Who’s Afraid of Virginia Woolf? and Hay Fever.

Sally Bretton is married to Lee, a photographer. They have three daughters together. She is currently listed as residing in Hitchin, Hertfordshire with her family.

Sally Brenton is estimated to possess a net worth of around $500 thousand. Her wealth comes from her career as a film and television actress. The 40-year-old has been a professional actress since 1987. 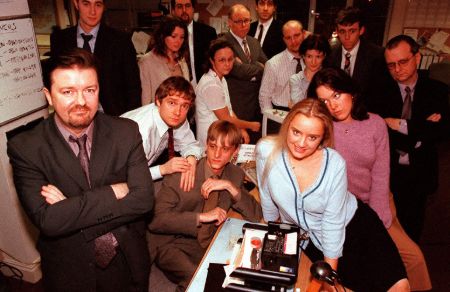 The cast of the original UK version of The Office SOURCE: IMDb

Despite taking a decade-long hiatus starting in 1990 to focus on her family, she has nonetheless been in nearly 50 movies and TV shows combined -- including acclaimed TV shows like Napoleon and Josephine: A Love Story, The Office, Night & Day, Absolute Power, Blessed, Green Wing, Death in Paradise, and Not Going Out.