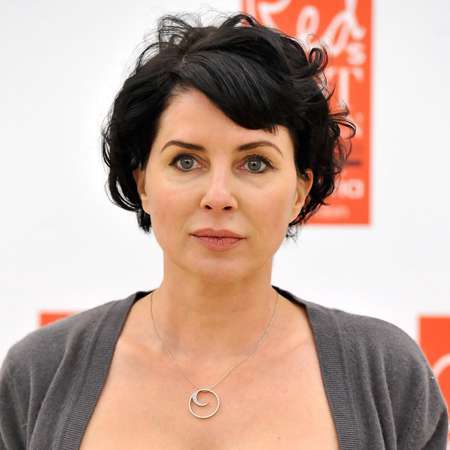 Sadie Frost is an actress, fashion designer and producer of English nationality, who is known for currently running the fashion label Frost French and being the head of the production company named Blonde and Black Pictures. Frost was born on the 19th of June, 1965 and has been involved in the acting fraternity since 1979 according to her wiki site. She was born to parents David Vaughan and Mary Davidson.

Sadie was born in Islington, London and was enrolled in the acting fraternity since the mere age of three. She appeared in the Jelly Tot advertisement when she was three and was in the commercial of Morecambe and Wise when she was five. She was enrolled in the Hampstead School and performed as an actress in Press Gang and another called Casualty. Her first film role came about in the movie Dark Obsession. She appeared as vampire Lucy Westerna in the movie Bram Stoker’s Dracula, which was her most notable role. She has also appeared in several music videos.

She appeared in the 1990 film The Kryas and was enrolled next in the film Shopping. She has also co-founded the fashion label FrostFrench, which started its business with lingerie and expanded further to clothing. It has won the Elle Magazine’s Award and she has also posted nude for the PETA anti-fur campaign. She has also appeared in the play Fool for Love and has founded the production company Blonde and Black Pictures. Her acting as well as other credits have been highly appreciated by her huge number of fans.

Sadie is currently single according to news but has been married and divorced twice. She was known to have been in a relationship with Andy Jones on 2005. The affair ran until 2009 after which they split up. Daniel Goffey was also considered to be her boyfriend but the relationship was not confirmed by the pair. She met Gary Kemp of the Spandau Ballet, when she was dancing for a music video at the mere age of 16. They got married when she was aged 22 on the 7th of May, 1988. With her then husband, she has a son named Finlay, who was born on the year 1990. After duration of five years together, the couple decided to call it split on the 19th of August, 1995. She met her second husband Jude Law when she was working in the film Shopping. The couple tied the knot on 2nd September, 1997 and they have children Raffery, Rudy and Iris together. They split on 29th of October, 2003.

Sadie has a net worth of 4 million dollars and earns an annual salary of about 500 thousand. She is known to have a height of 5 feet and 4 inches which appeals to her fans.