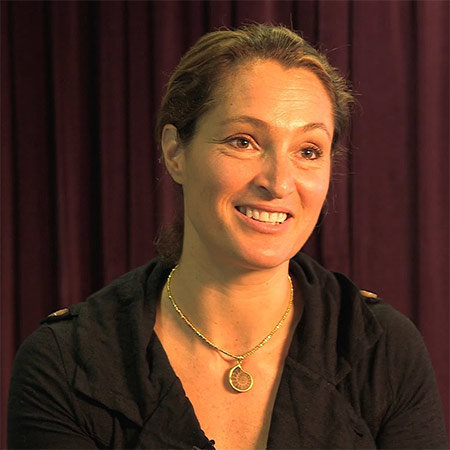 Saba Douglas-Hamilton is a Kenyan wildlife conservationist and television presenter. She has worked for several conservation charities and also appeared in wildlife documentaries produced by the BBC. Currently, she has been working as a director of 'Elephant Watch Camp' in Kenya’s Samburu National Reserve.

Saba is the great-granddaughter of Alfred Douglas-Hamilton, the 13th Duke of Hamilton. Her first language is Swahili and her white African ancestry comes from her mother, who is the daughter of Italians and was settled in Kenya in the 1920s.

Hamilton did not start schooling until she was seven in Kenya, then she went to Britain to an all-girls boarding school for 3 years and then went to attend the United World College of the Atlantic in South Wales to study for the International Baccalaureate. She also studied at St Andrews University in Scotland and graduated with a master’s degree in Social Anthropology with a thesis on ‘Concepts of Love and Sexually amongst the Bajuni People of Kiwaiyu Island, Kenya’.

Saba Douglas-Hamilton’s first job was in a project called 'Save the Rhino Trust' in Namibia. She worked in the Hinterland of the Skeleton Coast on a Crafts for Conservation project. Later on, she was headhunted for International Training to work as an academic director in Tanzania and also did a stint as an anthropological consultant for the National Museums of Kenya. In the year 1997, she joined her father’s charity 'Save the Elephants' as Chief Operations Officer in Samburu National Reserve, north Kenya.

While Saba Douglas-Hamilton was working for her father,  Saba's talent was spotted by the BBC. Then, she began her life as a TV presenter and producer of wildlife documents. Since 2000, she has appeared in several wildlife documentaries produced by BBC and others.

Many of her shows have been set in Africa and have featured elephants-an animal with which she is very familiar since her childhood. Some of the shows which have featured Saba include 'Bid Cat Diary', 'BBC Holiday', 'Prehistoric Park', 'Heart of a Lioness', 'Rhino Nights' and so on.

When Saba was 18 years old and enjoying camel safari, she was bitten by a venomous snake in her leg. The snake was identified as a carpet viper. She was lucky that her friends were with her. They made a pressure bandage and gave her electric shocks to keep her fine.

They live in a rustic house which is outside Nairobi, which borders the famous Rothschild’s Giraffe Sanctuary. Similarly, the family runs luxury tented eco-lodge, 'Elephant Watch Camp'.

Currently, Saba Douglas-Hamilton’s net worth is estimated to be around $400 thousand.

She has actively worked for the 'Save the Elephants' and 'Save the Rhino' Trust. Through the charity, Douglas-Hamilton has worked to protect, support, and increase awareness regarding the issues of African Elephants and their habitats.