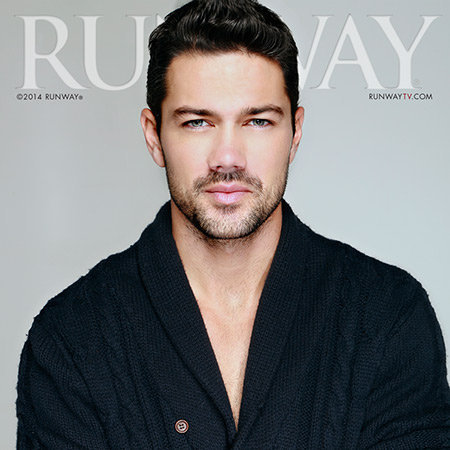 Ryan Paevey is an American actor and model best known for portraying the role of Nathan West on the ABC soap opera General Hospital. He made his acting debut in 2011 and appeared in the music video of Christina Aguilera’s single Your Body the following year. Paevey also appeared as a guest co-host in an American syndicated TV news magazine, Extra in October 2014. He was cast as the lead in the Hallmark Channel original movie Unleashing Mr. Darcy that premiered on January 23, 2016.

Ryan Paevey was born on September 24, 1984, in Torrance, California, and was raised in Los Angeles. He is the son of Linda Peavey and Les Vlieger. Ryan is an American as per his nationality and belongs to the White American ethnicity.

Ryan grew up alongside his younger sister named Kaitlyn. While growing up, he worked bartending and in construction along with his father. He explained that he initially turned down the modeling opportunities but eventually decided to act on one.

Although Paevey was not interested in the entertainment field in his early days. He was scouted for modeling which eventually led to commercial acting.

During the initial stage of his modeling career, he worked opposite popular singer Katy Perry and the legendary Cher. Ryan also worked as a body double for Rubin Thicke during the production of the music video for Thicke’s 'Sex Therapy'.

After working as a model for several years, Ryan was encouraged to try his luck in acting. Soon in December 2013, Ryan was cast in the contract role of Nathan West in the ABC soap opera General Hospital. He played Nathan for five years until 2018 alongside Carolyn Craig, Roy Thinnes, Jana Taylor, and Emily McLaughlin.

Fun Fact: General Hospital is an American daytime television medical drama that was listed in the Guinness World Records as the longest-running American show.

In December 2014, Paevey joined 'Extra' as a guest host and was cast as the lead role in the Hallmark Channel original movie 'Unleashing Mr. Darcy', in 2015.

The Girl with the Gloves, 4 Dead Girls: The Soul Taker, The Client List, Hollywood Heights are some of the famous movies and series, and shows of Paevey. In 2016, he appeared as Adlai Stevenson in Bogie and Bacall.

As of 2019, Ryan appeared in Tv films like From Friend to Fiance, A Summer Romance, and Christmas At The Plaza.

Ryan Paevey's Net Worth And Salary

According to various online tabloids, Ryan is estimated to own a net worth of $3 million as of January 2020. On the other hand, some sources estimated his worth at around $800 thousand as of 2020.

He is a s sumed to earn around $400 thousand dollars per episode from the soap opera General Hospital for his role as Nathan West.

As a professional model, Paevey's annual salary is nearly $120,000. The model is also quite active on social media especially on Instagram with over 201k followers as of 2020. Likewise, he has over 85.5k followers on Twitter.

As per the Influencer Marketing Hub, Paevey is estimated to make around $603.75 to $1,006.25 per sponsored post from Instagram where his engagement rate is 3.02%.

He launched a brand called Fortunate Wanderer in 2016, selling custom prints of photography from his travels, handmade jewelry, and outdoor gear. He also owns a motorcycle that he named Lilith.

The model has also a huge collection of handmade jewelry. He has a great attachment to art and often shares his homemade jewelry with his social media.

Ryan Paevey is not married yet and is probably single and there is no exact evidence of him having a girlfriend but he has been linked up with few actresses in the past few years. The General Hospital actor is low-key when it comes to his love life.

There was lots of buzz about him having an affair with model Jessa Hinton but both of them denied the stories. Hinton is currently dating her new boyfriend Sam Asghari.

Ryan was also linked up with his 'General Hospital' co-star Kristen Storms but then it was also denied by both of them.

Tummy rubs are the best. I swear, in my next life, I’m coming back as the dog on a TV set.....ruff life. #fortunatewanderer #lifeofadventure #neverbored #setdog #workin

Paevey is also an avid animal lover has a pet dog named Tummy. Paevey's hobbies include video games, surfing, which he did with his dad as a child, and cooking. His favorite food is sushi. He makes jewelry in his spare time. he can speak French and Japanese and can read Japanese.

The model currently resides in Los Angeles, California where the median house price ranges around $717,583. The price can go up to millions of dollars depending on the house location and area.