Ryan Bingham is an American singer based in Los Angeles, California, who came to fame for his studio hits, Mescalito and Roadhouse Sun. As of 2020, he has 6 studio albums, 1 Extended Plays, 7 singles, and has also appeared in a number of movies and TV shows.

Ryan Bingham was born as George Ryan Bingham on March 31, 1981, in Hobbs, New Mexico, United States. His family migrated until they settled in Houston, Texas. While his father killed himself, his mother died of alcohol problems.

Regarding his educational details, Ryan enrolled at the Westfield High School at Houston.  When he was 16 years of age, his mother bought him a guitar as he was always fascinated with music. But, he left it dormant for a year but used it a year later when he hitchhiked to Laredo, Texas, to land a job with his Dad.

Ryan learned more about music when he moved to Stephenville, Texas. He was also a part of Tarleton State University's rodeo team there. It was in a trailer in Stephenville that Ryan wrote Southside of Heaven, one of his most famous songs.

While there, one of his friends called him to Disney Resort, Paris, France so, he bought a one-way ticket with $100 but upon arrival, his friend had already left the company. He was stranded there with just his guitar but he sang in local parks for tips and finally returned to Texas. There, he met his friend's brothers, Matthew "Papa" Smith, the drummer with whom he founded the Ruan Bingham and the Dead Horses crew. Marc Ford offered Ryan to record an album after a gig at an empty bar in Fort Worth and that's how his career started.

Who is Ryan Bingham Married to? Details Regarding His Marriage!

The 39 years old Ryan Bingham is in a married relationship with his girlfriend turned wife, Anna Axster. His partner was a music director back in the days. The duo has been together for over 11 years now since the pair walked down the aisle in 2009. 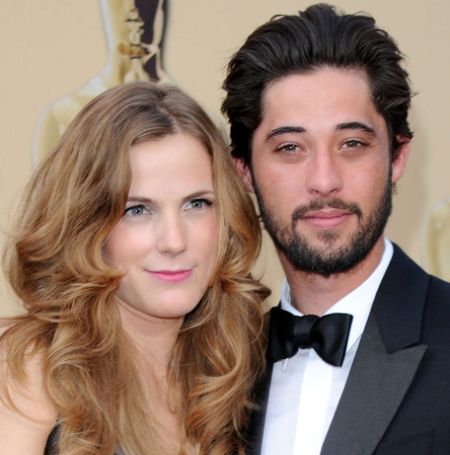 According to sources, Ryan and Anna tied the knot at Friend's Backyard in Malibu. They bought all their wedding flowers themselves at the LA Flower Mart and their friends helped them made arrangements. For the wedding dress, Anna wore BCBG while the groom wore, The Stronghold. The photographer for their wedding was Michelle Kang.

Following their wedding, on a March 5, 2015, performance in Austin, Texas, Ryan revealed that he and his wife were expecting their first child together.  They have a kid together but not much is known about him.

The singer-songwriter, Ryan Bingham has earned an estimated net worth of around $15 million as of 2020. His fortune is thanks to his career in the music industry. As a singer, he is thought to earn around $50 thousand to $78 thousand every year. But, following his experience, he surely would make more than it.

To date, the singer has over six studio albums, Mescalito, Roadhouse Sun, Junky Star, Tomorrowland, Fear and Saturday Night, and American Love Song. He also has one live album, Ryan Bingham Live. He has 1 EP, iTunes Live: SXSW, and 7 Singles, The Weary Kind, Depression, The Wandering, Until I'm One with You, Broken Heart Tattoos, Radio, and Hands-on Time.

Besides music, he has also appeared in four films and TV series, Crazy Heart, Your Right Mind, Hostiles, and Yellowstone.