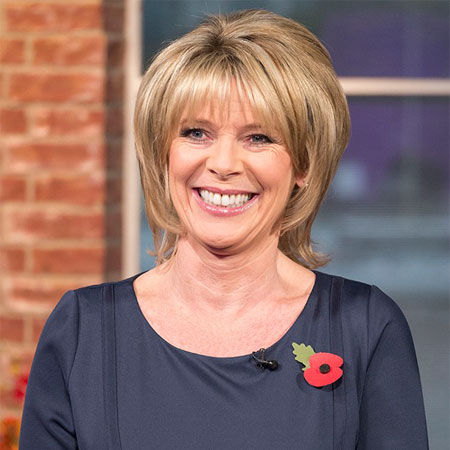 Ruth Langsford is a popular English television presenter. She is well known for the different television shows, which she has done with her husband, Eamonn Holmes. She is best known for This Morning which started in the year 2000 and is still running successfully.

Ruth Wendy Langsford was born on 17th March 1960 in Singapore. She is the daughter of Dennis and Joan. She spent her childhood in Germany and North Africa.

One of the schools Langsford went to was the Saltash School Wearde, Saltash, Cornwall from the year 1977-1978. Ruth Langsford is a British by nationality, and apart from being white, she does not belong to any other particular ethnicity.

Langsford started her professional career in South West England in ITV regional station TSW as the continuity announcer and newscaster. She quit TSW in the year 1993 when the station's franchise was taken by West Country Television.

Langsford became a regular panelist on ITV's daytime chat show, Loose Women, from 1999-2002. She made a comeback to the show in 2010 as the stand-in anchor. She continued in the post till 2013.On 8th January 2014, she rejoined Loose Women as the regular anchor.

Langsford became a guest host on This Morning in 2000 and she became the regular anchor in 2006. She hosted the show alongside Phillip Schofield.

Langsford regularly hosted a show titled TV Travel Shop from April 1998 until March 2005. In 2010, she became the guest presenter for five episodes at GMTV with Lorraine.

Langsford also competed in shows like Marco's Kitchen Burnout in 2010 and Born to shine in 2011. She hosted ten episodes of the ITV teatime quiz show Gift Wrapped in 2014. Langsford along with her husband, Holmes, has hosted a show titled 'How the Other Half Lives 'on channel 5 in 2015.

Ruth Langsford is married to Eamonn Holmes. They have a son named Jack Alexander, born on 26th of February 2002. The couple got married on 26th June 2010 in Hampshire. Langsford lives with her family in an impressive establishment in Weybridge, Surrey.

Langsford is also involved in a lot of social work and charity. She is the amba s sador of Alzheimer’s Society. She is also the celebrity patrons of the Dogs Trust charity along with Eamonn Holmes.

Ruth Langsford's net worth is estimated to be around $5 million. Her long and successful career in television, as well as her equally successful husband, help her maintain the net worth.