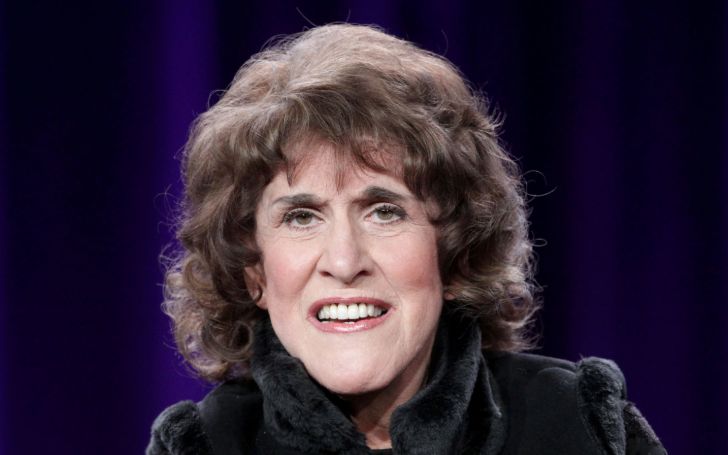 American-born actress, comedian, and singer, Ruth Buzzi, has appeared on various stage, in films, and on television and is best known for her appearances on the comedy-variety show Rowan & Martin’s Laugh-In. For her, she won a Golden Globe and earned five Emmy nominations. The beautiful actress has been married to Kent Perkins since 1978.

Born Ruth Ann Buzzi, at Westerly Hospital, Westerly, she is the daughter of Rena Pauline and Angelo Peter Buzzi who was a nationally recognized stone sculptor. She grew up in the village of Wequetequock, where her father owned a business Buzzi Memorials, which is still operated by her elder brother Harold.

Buzzi studied at the Stonington High School, where she was a cheerleader. She went to the Pasadena Playhouse at the age of 17, for the Performing Arts and completed her graduation with honors. In her early days, she has studied voice, dance, and acting, and took courses in cosmetology.

She first appeared on television in 1964, on the CBS’ variety series The Gary Moore Show. Also, she was a member of the regular repertory company on the CBS variety show The Entertainers from 1964–65.

The 82-year-old actress appeared in every episode of a comedy-variety series, The Steve Allen Show starring Steve Allen. Her performances in Allen’s show led her to be cast for NBC’s new show Rowan and Martin’s Laugh-In.

Furthermore, she earned popularity and achieved success following her appearances in the shows such as Thar Girl, Saved by the Bell, The Muppet Show, You Can't Do That on Television and numerous other TV shows.

Buzzi made her movie debut in 1969 from the film It’s Tough to Be a Bird, where she portrayed Soprano. She starred alongside Richard Bakalyan, John Emerson, Jim Swain, and Ann Lord, among others.

Similarly, she has appeared in the movies The Aristocats, Freaky Friday, The Rescuers, Record City, and more. Most recently, she has played in the films One Month Out and Gienn’s Gotta Go!.

Ruth Buzzi's Net Worth And Salary

The veteran actress, as of May 2019, owns the net worth of $10 million. She has amassed a huge fortune from her successful acting career.

Buzzi is a charter member of the Pasadena Playhouse Alumni Association. Besides, she is an occasional painter, and paints as a hobby; she has never offered her oil paintings for sale to the public but has donated original works to charity, where they have sold in excess of $6,000.

Talking about her relationship status, the actress and comedian, is married to Kent Perkins. The duo tied the knot back in 1978 and currently resides on a 600-acre (200 ha) cattle and horse ranch near Stephenville, Texas.

She and her spouse met a few years back to their marriage and after a longtime relationship together, they eventually got married. They do not have any children.