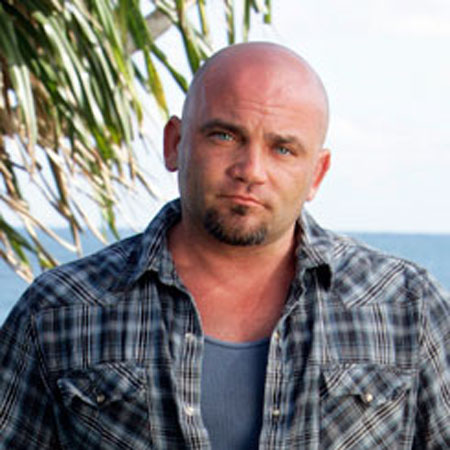 Russell Hantz was born on 10th October 1972 in Dayton, Texas, United States. He is an American television personality as well as an oil company owner. He is better known for his appearance in Survivor, a US reality show.

Russell first applied to compete on a CBS reality show 'Pirate Master' but he was not called by the show. After two years, he was called by the casting of the 'Survivor: Samoa'. On the show, he was assigned to the Foa Foa tribe.

As a last-minute substitute, Russell was invited for Survivor’s 20th season in Survivor: Heroes vs. Villains where he competed with Rob Mariano, Parvati Shallow etc. In the game there developed an infamous rivalry between him and a television personality named Boston Rob. For the game, he won the Sprint Player of the Season Award and also got $100,000.

To face off with his one of the old rival Boston Rob, Hantz returned to the Survivor: Redemption Island. Unfortunately, he got eliminated from the game because of the Matt Elrod. In an interview with an American magazine, Entertainment weekly he threatened legal action for forfeiting the immunity challenge against his tribemates.

Russell Hantz along with ten other contestants of Survivor: Heroes vs. Villains had made the special appearance to represent the show’s Top Ten List on The Last Show with David Letterman in 2010 10th February. On 14th February 2011, he alongside Rob Mariano appeared on the cover of a TV Guide Magazine.

The following year Russell was featured on a reality television show entitled ‘Flipped Off’. The show aired on an American television network A&E. the show was about purchasing the revenue generating assets and reselling the asset for profit. The show had seven episodes which aired from April 28 to June 16, 2012.

The current relationship status of Russell Hantz is single. But he was previously married to a girl named Melanie. In 2012 he got divorced from his wife Melanie.

There was a rumor that he was having an extramarital affair with a girl named Parvati when he was married to Melanie. Parvati is one of the participants of the 'Survivor'.

Russell has four children from his ex-wife Melanie, among them two are twin girls. He currently resides in Dayton, Texas.

Along with his father and brother, Russell runs an oil outfit entitled Hantz Tankering. He also owns a bar named Bootleggers in Lafayette, Louisiana which also adds to his net worth. Russell's estimated net worth is $2 million.