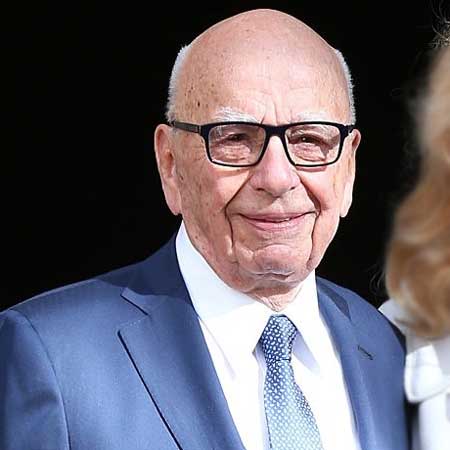 Rupert Murdoch is an American media mogul and a reputed personality. He is a Chairman and CEO of global media holding company News Corporation and its successors, News Corp and 21st Century Fox. He has an incredible net worth of 13.1 billion.

Rupert Murdoch was born as Keith Rupert Murdoch on March 11, 1931, in Melbourne, Victoria, Australia. He was an Australian by nationality from his birth until 1985. He currently holds an American nationality belonging to the white ethnicity.

Murdoch was born to Sir Keith Murdoch (his father) and Dame Elisabeth Murdoch (his mother). He is of English, Irish and Scottish ancestry. His parents were also from Melbourne.

His father was a famous war correspondent and later a regional newspaper magnate owning two newspapers in Adelaide, South Australia. His mother did charity work, as life governor of the Royal Women's Hospital in Melbourne and established Murdoch Children's Research Institute after her husband's death.

Murdoch attended Geelong Grammar School. He was co-editor of the school's official journal, The Corian, and editor of the student journal If Revived. He was a cricket player during his school time and has taken his team to the National Junior Finals.

Murdoch moved to Worcester College, Oxford in England, where he studied Philosophy, Politics, and Economics at the College. He supported the Labor Party, standing for Secretary of the Labor Club and managed Oxford Student Publications Limited, the publishing house of Cherwell.

Murdoch was 22 when his father died. Due to that, he returned from Oxford to take charge of the family business News Limited, which was established in 1923. He became the owner of Adelaide newspapers, the News and the Sunday Mail after the death of his father.

Murdoch immersed himself in all aspects of the paper's daily operations, immediately upon assuming control of Sunday Mail and the News. He wrote headlines, redesigned page layouts, labored in the typesetting and printing rooms, and quickly converted the News into a chronicle of crime, sex, and scandal. 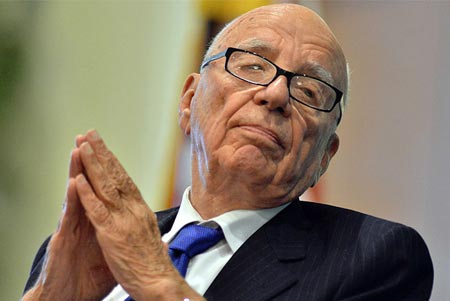 Murdoch, the owner of an Australian news empire valued at $50 million. Later, he purchased The News of the World, a popular Sunday tabloid, after moving to London. He then expanded his news empire to the United States, with a Texas-based tabloid, the San Antonio News in 1973.

Murdoch started expanding his media empire into television and entertainment in 1985. He purchased 20th Century FOX Film Corporation as well as several independent television stations and consolidated these companies into FOX, Inc. It has since become a major American television network.

Murdoch has a huge amount of salary over $28 million from his work. He has maintained an incredible net worth of 13.1 billion as of March 2018. He owns several houses and properties in different parts of the world. He previously listed his $38 million New York mansion for sale in 2016.

He also owned a house in Beverly Hills which he sold in 2015. Besides, he also has a house in London, Oyster Bay Beach worth $10.5 million, Beijing, Melbourne etc. Murdoch has his own yacht named Rosehearty. He also has a private jet Boeing 737.

Murdoch, age 86, is married and has six children. He currently lives in the United States of America. He married Patricia Booker in 1956. They together had a daughter named Prudence Murdoch. They divorced in 1965. 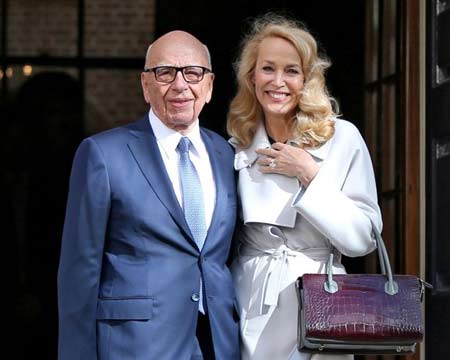 He had his third marriage with Wendi Deng, only 17 days after his second divorce. They have two children named Grace Murdoch and Chloe Murdoch.

However, Murdoch filed for divorce from Deng in June 2013, citing that the "relationship between husband and wife had broken down irretrievably" in court papers. The divorce became final in 2014.

Later, Murdoch was engaged to Mick Jagger's ex, Jerry Hall. The couple reportedly began dating each other the previous summer. They tied the knot on March 4, 2016, in London.