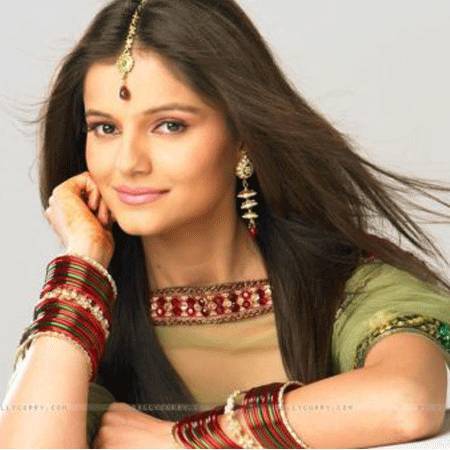 Rubina Dilaik was born on 26th August 1987 in Shimla, Himachal Pradesh, India. She is an Indian television actress. She is best known for her role as Radhika in a popular television series named Choti Bahu. Her father is Gopal Dilaik is a writer and her mother is Shakuntala Dilaik. She was raised in Shimla in a Hindu family. Her family owns an apple orchard. She has two sisters named Rohini and Naina. She is of Indian nationality and follows Hindu religion.

Rubina Dilaik attended Shimla Public School in Shimla. She completed her graduation from St. Bede’s College in Shimla. During her school time, she was the national level champion in debate. Her father wanted her to be an engineer. Despite that, she appeared in all competitive exams, unfortunately, she failed in Physics.

In the same year 2012, Rubina Dilaikwas one of the contestants of the Indian dance show named Nachle Ve with Sajor Khan. There she did not do well. Later on, in 2013 she had also worked as a leading actress in television series named Punar Vivah- Ek Nayi Umeed. The used to arrive in Zee TV. Rubina had also worked in a comedy television series named Jeannie Aur Juju as a leading role in 2014.

Recently, since 2016, Dilaik Rubina is working in a television series named Shakti- Astitva Ke Ehsaas Ki as a leading role. The series airs on Colors TV. Recently it is one of the leading series on Indian television.

Rubina Dilaik is not married yet. Her first known boyfriend was her co-star in the television serial named ‘Choti Bahu’. Due to some reason, the couple got separated. Currently, she is dating an actor named Abhinav Shukla. Abhinav said, “Though we worked together in Chhoti Bahu, we never really interacted, however with recent meetings we started sharing our common passion for traveling and fitness and that’s how we got attracted to each other.”

Apart from her acting, Rubina Dilaik is a good interior designer. In 2006, Rubina won the local beauty pageant and was crowned as Miss Shimla. In 2008, Rubina also won the title Miss North India Pageant. She practices Belly Dancing and Rumba to remain in shape. Her hobbies are traveling and reading. The estimated net worth of Radhika is INR 4 crore.

Rubina has maintained her body very well. She has a sexy body and her figure measures 34-25-34. Though she has a good figure she is little short in height. She stands tall height of 5 feet 1 inch. Her hair color is black and her eyes are brown.