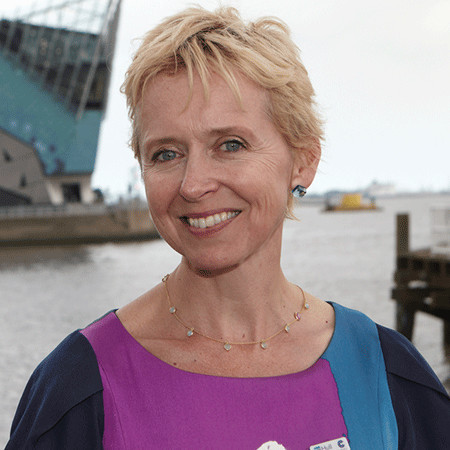 A British journalist and broadcaster Rosie Millard is a regular columnist for The independent and I newspaper. She also writes features, interviews and commentary pieces for other newspapers and magazines including The Sunday Times, The Daily Mail, The Times and New Statesman. Rosie served as the arts editor and theater critic for New Statesman. She is also an author and has published three books titled “The Tastemakers: U.K. Art Now, Bonnes Vacances and The Square”.

Born on April 17, 1965, in Merton, London, United Kingdom, Rosie Millard is a British citizen. Information on her parents has not known therefore it is hard to mention her ethnicity. Rosie’s early life was not lavishing like that of millionaire’s children but was not hard either.

Rosie Millard attended Wimbledon High School in southwest London. The school is an independent school for girls, located in Wimbledon. After her high school, she attended Hull University, the London College of Communication and Courtauld Institute where she studied English and Drama. She has received education from an American High School courtesy of the English-Speaking Union.

Rosie Millard fancied writing since she was a kid but never thought that she would pursue her career in journalism. As her interest in writing, she used to write columns and give to different newspaper and magazines. Likewise, she started being a professional in print media. Her first article for a national newspaper was about the Humber Bridge.

Rosie Millard was engaged in art projects while at the university. She has served as a trustee on regional arts boards in Dunfermline, London, and Oxford over the past 15 years. She also served at the New Statesman as an Arts Editor and Theater Critic. She was a profile writer for The Sunday Times and a writer for the Telegraph.

Rosie Millard writes paper reviews for Sky and ITV programs and occasionally appears on Newsnight.  She served as the arts correspondent for BBC between 1995 and2004. She also served as a Trustee of the Carnegie (UK) Foundation, Home Live Art, and Modern Art Oxford. Rosie currently serves as the chairwoman of the Hull’s UK City of Culture activities in 2017.

Rosie Millard is a married woman. She is married to her husband Philip Clothier in 1994. Her husband is a producer and director. The couple seems to have very strong bond between them. Her husband has been supportive of her in her professional as well as personal areas.  She has four children with her husband named, Phoebe, Gabriel, Honey, and Lucien. The family is living very happily together in their home situated in Islington, North London.

Besides being a freelance journalist and chair of hull’s UK City of Culture, she is also a Brownie leader and runs marathons. Looking at her involvement, her salary must not be less than five zero figures rising her net worth to million pounds.