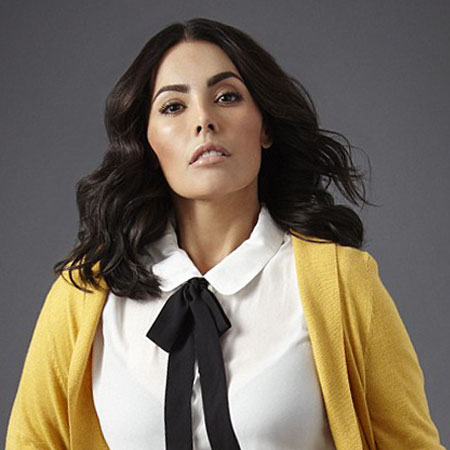 Rosie Mercado is most commonly known for being featured on the reality show, Curvy Girls on Nuvo TV. She was also featured on the National Geographic Channel's doc u mentary titled Taboo.

At one point in her life, Rosie Mercado weighed around 410 lbs, but she reduced it to 170 lbs with a lot of hard work and determination. Today, she is renowned as an established makeup artist, fashion designer, and plus-size model.

Rosie Mercado was born on 28th March 1980 in Los Angeles, California in the United States. She grew up with her parents and family in Riverside, California. She is an American by nationality and ethnicity wise a Latino. Her parents are known to have migrated from Mexico. She comes from a family of entrepreneurs; her parents run a business in Las Vegas.

For education, Rosie Mercado went to Bishop Gorman High School. Her childhood was difficult; she was often bullied by her friends during her childhood because of her obesity.

Mercado completed her higher education from the University of Nevada, Las Vegas with a degree in Business Management. She was a fan of great fans of artists like Jennifer Lopez and Queen Latifah during her younger years.

Rosie Mercado started off her career as a photographer, but it wasn't easy as she was struggling financially.  In 2009, she participated in the Miss Plus America Pageant. She was discovered after this contest. After that, she won the title of Miss Nevada Plus America. Similarly, she won many other recognitions like the People's Choice award, Runway model, and Cover Girl awards. In 2011, Rosie got featured on the National Geographic doc u mentary, Taboo.

Mercado has done Full-Figured Fashion Week and also the Mitzy Fashion Show. She was named  Las Vegas' Extraordinary Women in the year 2011.

Apart from her work in the modeling field, she also has an impressive career in the field of media, makeup and fashion design. She has appeared on numerous television shows, and she also contributes regularly to many beauty and fashion magazines.

Mercado works as a motivational speaker encouraging women to be comfortable about their bodies. Mercado received a degree from Tony Robbins Mastery University in 2013.

Married To Gilberto Flores After Divorce From Kirby Braden Mercado

The plus-sized model, Rosie Mercado is married to Gilberto Flores for the second time. They shared the wedding vows on February 9, 2019, in Las Vegas. As per the source, they were school days lovers but dispatched their relationship 20 years ago.

Rosie Mercado was married to Australian trainer, Kirby Braden Mercado in 1998. The former couple shared three children including a daughter(born in 200) and two sons(born in 2006 and 2008). Hover after eleven years of marriage they divorce in 2009.

Physical features and Net Worth

Rosie Mercado, age 36, stands at the height of 1.75m/5'9''. She has had an incredible body transformation; she went to reduce her weight to 170lbs from 400lbs in a matter of a few years. Rosie

Mercado's net worth is estimated to be around $4 million. Her salary from modeling jobs and other contracts help her mention her net worth.