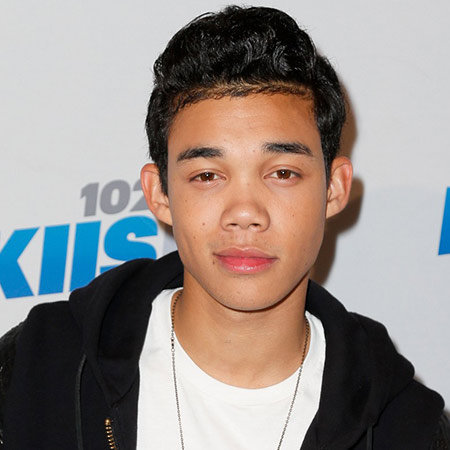 Roshan Fegan is an American actor, rapper, singer, songwriter, and dancer. He was born on 6 October 1991 in Los Angeles, California. He is the son of popular African-American actor and producer Roy Fegan, whose television credit includes Will & Grace, The Meteor Man and so on. However, his mother is Filipina. He was born and raised in Los Angeles.

Roshan Fegan went on to study at the BK Acting Studio and also at the USC 32nd Street Performing Arts School. He also attended Hollywood High School. After some time, he was home-schooled to accommodate his acting career. He started his acting career at the age of twelve with a small role in the 2004 feature film ‘Spider-Man 2' and followed it with an appearance in the TV series ‘Monk’ in 2006.

Similarly, Roshan Fegan appeared in the comedy movie 'Drillbit Taylor’ and also in the VC FilmFest Award-winning film ‘Baby’. It was the year 2008 when Fegan got his first big break. He gained immense popularity when he was cast in the Disney Channel original movie ‘Camp Rock’ as Sander Loyer. The movie was the number one entertainment telecast on cable TV in 2008 along with the Jonas Brothers.

Roshan Fegan’s career made an impressive leap after he appeared in the lead role as Ty Blue in the Disney series ‘Shake it up’. Besides acting, he is also an incredible musician and dancer. He even participated as one of the contestants on popular dance reality show ‘Dancing with Stars’. Roshan is also passionate about music, piano, guitar, and the drum.

Roshan Fegan has released a number of songs via iTunes and has also first self-produced EP I AM RO SHON under his own label ‘3inaRo Entertainment’. The name 3inaRo is pronounced as ‘three-in-a-row,’ which is a reference to being a triple-threat entertainer in his passion music, freestyle dancing, and acting. Currently, he resides in California with most of his family members.

The net worth of Roshan Fegan is estimated at $2 million dollars and like others, he also gets paid through numerous ads, sponsorship, advertisement, featuring, and so on. He is only at the age of twenty-five, however, he already has had so much of exposure that even the actors twice his age can only dream of. For more details about Roshan Fegan, information is available on several sites including the Wikipedia.