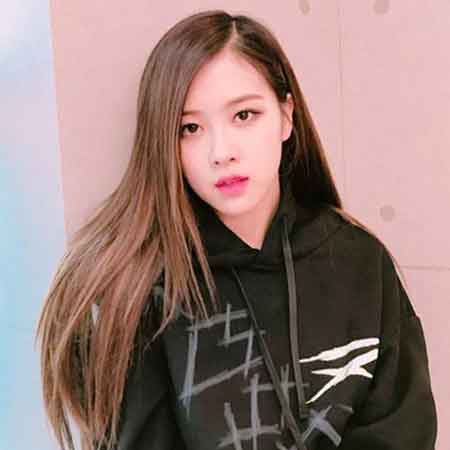 Roseanne Park is a member of Black Pink, a South Korean K-POP girl group. The group who also consists of other members,  Jennie, Jisoo, and Lisa are under the management of YG Entertainment which is one of South Korea’s most prominent recording labels. The band released its debut album titled Square One in August of 2016.  Roseanne received tremendous success after she came 1st at the YG Entertainment audition in Australia. She also featured as a guest on the G-Dragon song Without You.

Roseanne Park was born Park Chae Young on February 11, 1997, in Auckland, New Zealand. But she grew up in Australia along with her parents. Her zodiac sign is Aquarius.

She graduated from the Canterbury Girls' Secondary College in Melbourne, where she became a cheerleader as well as a part of a church choir. She has an older sister named Alice Park, who currently works as a lawyer.

Park was encouraged by her father to apply to a Korean company. She followed his advice and placed 1st at the YG Entertainment audition in Australia, organized by YG Entertainment in Sydney. In May 2012, she officially joined YG. Subsequently, she moved to South Korea to pursue her career as a singer at the age of 16.

Roseanne Park is a K-pop female performer. She gained widespread popularity after becoming an integral part of the South Korean girl group Black Pink, founded by YG Entertainment. Along with her bandmates Jannie Kim, Jisoo, and Lisa, she released a debut album titled Square One in August of 2016. The album was turned out to be pretty successful.

Later on November 2016, she along with her band member released album Square Two with singer Playing with Fire and Stay.

In 2017, they released a new track, As If It's Your Last. In the same years, they released the new version of the self-titled album, BLACKPINK which also include their previous songs.

181006 TGC PRESS Look how happy they were to be back performing on stage Blackpink is best when they’re artists and performers and singers right? - #BLACKPINK #????

They came up with the new album, Square Up in 2018 which include songs like  Really, See U Later, Ddu-Du Ddu-Du.

Besides, Park also made her guest appearance on the G-Dragon song Without You.

Roseanne Park has gained such huge popularity within a short span of time for her soulful and beautiful voice. From her illustrious career, she has also collected a large amount of money which as per estimation made by various online sources is speculated to be more than $1 million.

Roseanne Park is not dating anyone at present officially. She is more focused on her meteoric career. In an interview, Rose and her bandmate Jisoo disclosed that all of Black Pink’s members are not allowed to involve in any kind of relationship as long as they are still under YG’s contract.