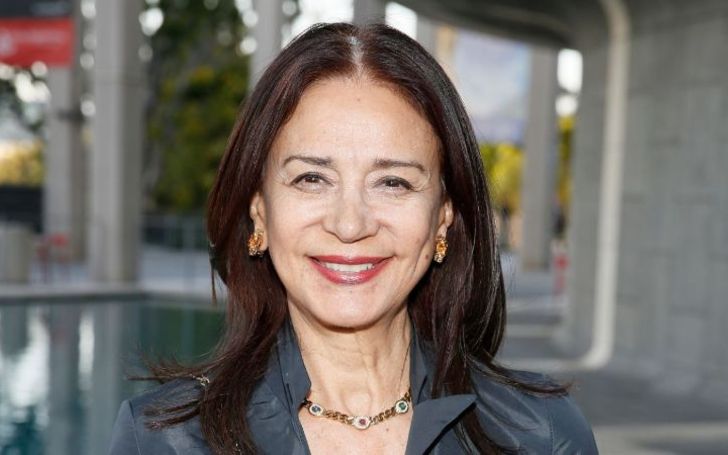 Rosanna Desoto is an American actress who received huge limelight after her appearance in the Stand and Delivers. For her role, she bagged the Independent Spirit Award for Best Supporting Female. Also, she is famous for appearing as Azetbur, the daughter of Klingon Chancellor Gorkon in Star Trek VI: The Undiscovered Country.

Rosanna Desoto was born under the birth sign Virgo on September 2, 1950, in San Jose, California. She has nine siblings: four sisters and four brothers. Growing up in a large family she uses to help her family in summer by picking fruits.

Regarding education, she has a double degree in Spanish literature and drama from San Jose State University.

How Much Is Her Net Worth? Career In Brief

Rosanna Desoto has collected $0.5 million as of 2021 from her more than four-decade of her career as a actor and still working on her career. In avenger the actor in the USA is getting paid around $57,000, so she also might be getting her salary in the same range.

While talking about her career in detail, she started acting at the age of seven after she played the role of animated daisy. While she was in college days she uses to appear in various plays performing with the Light Opera Company. Later on, when she was 22, she started working as an actress at Improvisational Theatre at the Los Angeles Music Center.

She made her professional debut by appearing in the TV series named Cannon as Elena Duran in yaers 1972. After this, she worked on TV series such as Mod Squad, The Streets of San Francisco, A.E.S. Hudson Street (TV Series), Rhoda, Kung Fu, Harry O, McMillan & Wife, The White Shadow, Angie.

After all, the above-mentioned TV project she made her big-screen debut in 1979 after appearing in the movie named The In-Laws. For her role in the 1982 movie The Ballad of Gregorio Cortez she received the best actress award at Golden Eagle.

Rosanna Desoto is a married woman. She has shared the wedding vows with the film director and screenwriter, David S. Ward on September 20, 1980. Together they have shared two kids: Sylvana Ward Durrett, born on 1981, and son, Joaquin Atwood.

Prior to this, she was married to writer and film producer Jonathan Taplin on May 3, 1975, but took a divorce onMay 30, 1979. They welcomed a daughter, Daniela Taplin Lundberg on June 1976.