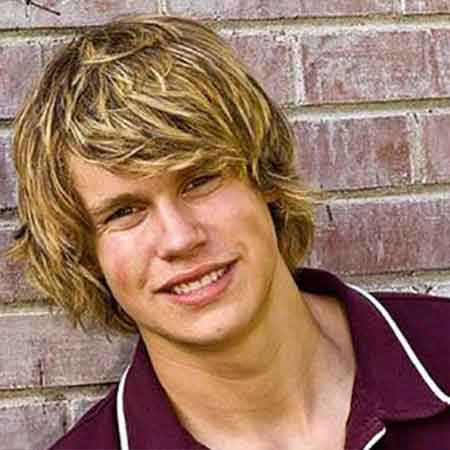 The only son of the businessman tyc* * n Bill Gates, Rory John Gates is enjoying an extravagant lifestyle. As he belongs to one of the world's richest families, he has always been attracting the attention of the mainstream media. But the junior Gates masters keeping his personal life behind the closed doors. But little do we know about him is that he is highly interested in poetry.

Who Is Rory John Gates?

Rory John Gates was born on 23 May 1999 in Seattle, Washington. He is the second child and the only son of the billionaire Bill Gates and his wife Melinda Ann Gates. His zodiac sign is Gemini.

Rory grew up with his sisters Jennifer Katharine Gates, who was born in 1996 and Phoebe Adele Gates, born in 2002. His older sister Jennifer is the American showjumper who is known for her participation in several well-known competitive horse riding events and equestrian tournaments all around the world. She professionally participated in  Palm Beach, Florida and Longines Masters show.

While Rory was on vacation in Europe along with his father, he received science lessons from his father and later joined the Lakeside school which is Seattle's most elite private school.

Despite being born into the world's richest family, Rory John Gates is leading a secretive life. Rory is occupied by his education so he hasn't begun his professional career as of 2020.

There is no need for Rory to begin his professional journey before completing his studies as his father Bill Gates has acc u mulated a great fortune for their family. After completing his college studies, Rory will definitely begin his own career.

According to some sources, Rory is highly interested in poetry and he writes poems frequently. Back in 2010, Bill Gates published a poem titled Rory's Diamante Poem on his website. The poem was written by Rory on the physics of light, stars and black hole. Following the poem, he became an Internet sensation.

Since Rory John Gates hasn't begun his professional career, he doesn't have any fortune under his name but the only son and heir of Bill Gates will surely inherit a huge amount of money.  Bill Gates has an estimated net worth of around $110.1 billion, as of 2020. Gates is the second richest person in the world after the founder of Amazon Jeff Bezos.

Rory resides in a lavish mansion in Medina, Washington with his family. The house is constructed in a wide area of 66,000 square feet which took $63 million and seven years to build. The Gates mansion is the best example of the fusion of nature and technology. As of 2018, the house is worth a whopping $123 million.

Which Car Does He prefer To Ride?

Besides his lavish living, Rory John Gates is also bound to some rules made by his father and mother. Bill Gates is very concerned about his children's wellbeing and safety thus he allowed them to use a cell phone only after the age of 13.

As he is leading a bit restrictive and low key personal life, there is no information about the junior Gates dating someone and having a girlfriend. Since his eldest sister, Jennifer Katharine Gates is free to enjoy her love life with her boyfriend Nayel Na s ser, Rory might be the next to join Jennifer.

So far, the junior Gates is keeping his private life behind the curtains. Rory is also quite close to his family. He often spots along with his sisters and parents at various public events. Talking about his older sister Jennifer's love life, she is in a relationship with Egyptian ShowJumper Nayel Na s sar.

He is not on any social media platforms publically, he uses a private Insta account under the name rorygates345. Rory currently resides in Medina, Washington with his family.