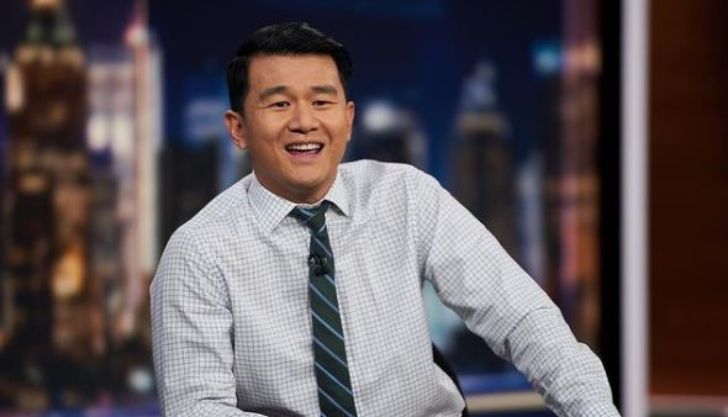 Ronny Xin Yi Chieng is a Malaysian comedian and actor who currently serves as a senior correspondent on Comedy Central's The Daily Show (2015- Present). He is also the creator of the sitcom Ronny Chieng: International Student that premiered on ABC and Comedy Central Asia in 2017.

Born on November 21, 1985, in Johor Bahru, Malaysia, Ronny Xin Yi Chieng comes from a Malaysian Chinese family. Later, he grew up in Singapore and Manchester, New Hampshire, the United States and lives in New York since 2015.

As for his nationality, Chieng is Malaysian. Although he spent decades in Australia, Ronny does not have Australian citizenship or permanent residency status.

While his family lived in Johor Bahru, Chieng commuted to Fuchun Primary School in neighboring Singapore and then attended Pioneer Secondary School and Pioneer Junior College in Singapore. After that, he enrolled at the University of Melbourne and graduated with a dual degree, Bachelor of Commerce (Finance) and Bachelor of Laws in 2009.

In 2012, he obtained a Graduate Diploma in Legal Practice from the Australian National University.

What's His Age and Height?

Ronny Chieng And His Wife Married Three Times, Why? Do They Share Children?

Chieng enjoys a blissful married life with his longtime girlfriend-turned-wife, Hannah Pham, an Australian with Vietnamese roots. Although they didn't reveal much about their courtship, the duo attended the University of Melbourne, suggesting they could be dating since then.

As for a fact, Ronny and Hannah married three times including for a family moment and for official doc u mentation, which the comedian revealed in a Netflix stand-up special.

First, they exchanged vows on September 9, 2016, in Melbourne, Australia, in an intimate wedding ceremony. It was after a year of their engagement in December 2015. The 35-year-old also gave some details about the traditional Chinese tea ceremony in Melbourne, which unfortunately he couldn't even be part of because of the flight delays. 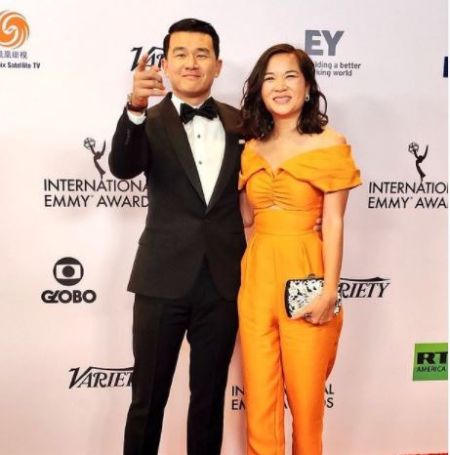 The duo married for the third time in "New York for green card purposes.

Since 2015, Ronny Chieng lives with his wife Hannah in New York. They are to share children.

While Chieng is busy with his comedy shows and TV career, Hannah pursues her pa s sion for cooking. Even more, she has a YouTube channel Pham Bam Kitchen; it was created on April 13, 2018, and has 1.71K subscribers.

According to some online sources, Chieng has ama s sed an estimated net worth of $3 million as of 2021.

In the early years of his career, he performed with Trevor Noah at a comedy festival in Melbourne, Australia in 2013. Following 2 years, he auditioned for the correspondent role on The Daily Show and worked until 2019.

Moreover, in 2016, he co-wrote and starred in the pilot of a sitcom called Ronny Chieng: International Student, which was later developed into a series for Comedy Central in America and ABC TV in Australia in 2017. 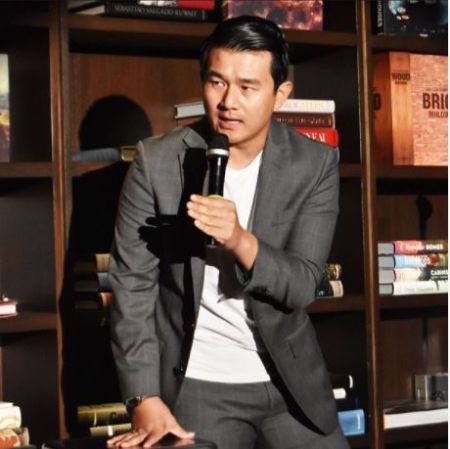 CAPTION: Comedian & actor Chieng worked as a correspondent of The Daily Show with Trevor Noah from 2015 to 2019 SOURCE: [email protected]

Indeed from on-screen venture and comedy stints, Ronny Chieng collected a decent sum of money; allegedly in the 6-digit figure. Furthermore, his Instagram endorsements aid his earnings as well. On his Instagram account @ronnychieng with more than 306K followers, Ronny has sponsorship deals with  Lexus, Bonobos, SHEIKE, Visa Au, and One Championship.

As per calculation from Influencer Marketing Hub too, he can earn $915 - $1,526 per sponsored post.