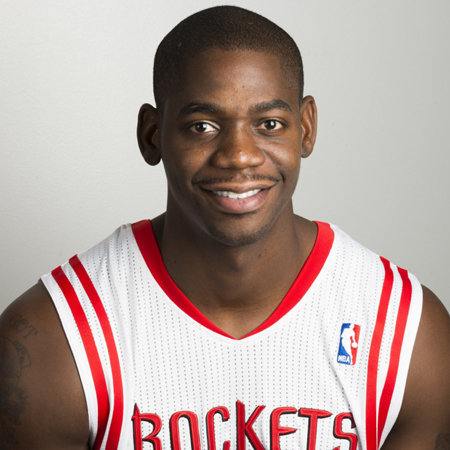 Ronnie Brewer was born on 20th March 1985 in Portland, Oregon, United States of mother Carolyn Brewer and father Ron Brewer, who was a basketball star in the late 1970s.

Ronnie attended the University of Arkansas like his father and began playing there from 2003 to 2006. While there, he averaged 18.4 points , 4.8 rebounds, 3.3 assists , 2.6 steals and 0.5 blocks. From the free throw line, Ronnie shot 75 % and was  51-151 from three point range . he was selected in the 2006 NBA Draft as the 14th pick by the Utah Jazz Thunder. But while in Utah he appeared in only 56 games. His strong performance in the 2007 to 2008 led him to be the shooting guard of Utah Jazz Thunder. He began averaging double figures in points by mid November 2007 and was among the NBA leaders in steals.  Ronnie later was selected to play in the 2008 Rookie- Sophomore Game. Gradually on February 28, 2009, Ronnie went on to record a career high 26 points, with 7 rebounds and 4 steals against the Sacramento Kings which was excellent. He was then traded to Memphis Grizzlies on February 18 2010. But later he left the Grizzlies and was signed to Chicago Bulls in July 19 2010.  While playing the first season with the Chicago Bulls, Ronnie played as back up shooting guard, and went on to average 22 minutes per game, and was among the league leaders in defensive efficiency. Ronnie was not taken by the Chicago Bulls for their next season and thus he left Bulls on July 10 2012. 15 days later he signed with New York Knicks but a few months after, on September 7, it was announced that he would stay out for six weeks after undergoing arthroscopic knee surgery. He was then traded to Oklahoma City in February 21 2013. Ronnie went on to sign with Houston Rockets on 28th August 2013 but in February 21 2014, Ronnie left Rockets. He then again signed a contract with Chicago Bulls on 7th April 2014 for the rest of the 2013 to 2014 season. He was finally released by Chicago Bulls on 15th July 2014.

Ronnie’s personal life is not much known to the media because he is very reluctant on being open about his private life. He is seen mostly in various events with his family and not much with woman. However there are rumors that he is currently dating a fitness model named Heidi Carlson whom he met in Utah. He has not married till date and does not have any children.

Ronnie has a fit body with perfect body measurements. He is 6 feet 7 inches tall and weighs around 107 kgs. His salary is estimated to be 4.37 million dollars. However Ronnie is a very generous person who donates most of what he earns. He launched The Ronnie Brewer Foundation that he had been talking about, in 2006. Additionally he donated $50000 to the University of Arkansas Journalism Scholarship Fund. He is adored by his fans for being generous and playing brilliantly.